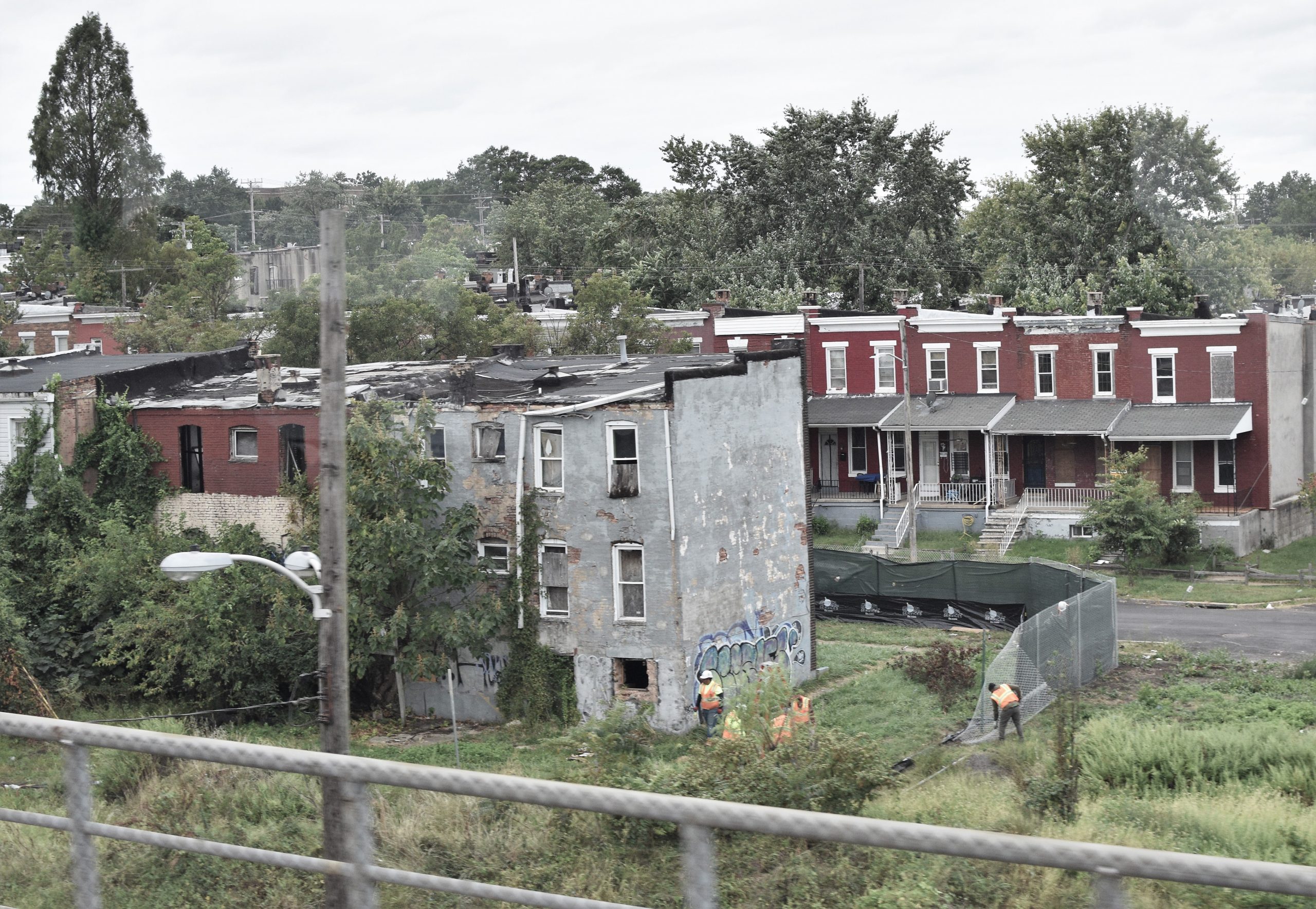 The last 60 years have seen drastic changes in Maryland government. Many may feel that these changes are egalitarian and for the better. But even from the point of view of social or economic equality, this is not the case.

Maryland in 1960 was one of three states, the others being Georgia and Mississippi, employing an electoral-college-like county unit system for the election of its governor. This advantaged small, rural, economically-declining counties. In Georgia it notoriously produced a one-term segregationist governor, Lester Maddox. In Maryland, the 1962 election went to a moderate and sensible politician, J. Millard Tawes, who for two terms steered Maryland through the civil rights revolution after defeating the popular vote winner in a Democratic primary, the demagogic George P. Mahoney. After the system was declared unconstitutional, Mahoney won a primary, before losing the 1966 election to Spiro Agnew. Subsequent elections have usually advantaged candidates from the more populous jurisdictions, Republicans being successful in three instances when identity politics produced manifestly unsuitable Democratic candidates. On balance, the quality of governors has not visibly improved, though the election process has become more expensive.

Maryland, whose economy was originally founded on tobacco plantations, has the county system of Southern states, and few incorporated municipalities. Prior to the advent of reapportionment after 1964, there was one state senator from each county and six from the city of Baltimore. The state senators tended to be well-known persons of considerable local stature; the legislative delegations through local legislation were effectively the legislatures for most counties. Counties of static population and below-average income were over-represented in the legislature; redistributive tax legislation, most notably the Hughes-Agnew tax plan of the 1960s, was feasible. Reapportionment delivered control of the legislature to more prosperous suburbs, reinforcing the status quo in taxation and producing more anonymous legislators due to shifting and artificial boundaries, which increased campaign costs in what one liberal political scientist called “neighborhoods without boundaries and jurisdictions without traditions.”

The judges of the state’s highest court are now appointed from districts of equal population, where once two out of five, or seven, had to come from the state’s metropolis, Baltimore. This has not fostered quality or sophistication.

In place of the system of local legislation, the larger counties have been provided with elected county executives and small county councils. In the larger suburban counties, through a system of local courtesy, the more or less unknown councilman are the arbiters of zoning. At least three large-county executives have been the subject of federal indictments; it is not clear that the new system is better than the old. The county governments have been sources of partisan patronage; the career of one of their executives, who ascended to the governorship, was importantly fueled by the dozens of lawyers who received consulting contracts from him. The growth in population of the large suburban counties has had a malign effect on their school systems, governed by superintendents drawn from a limited coterie of doctors of education who tour the country, granting each other lucrative consulting contracts, and failing upward. The large, remote, and unresponsive county government system is rendered tolerable only by an unappreciated phenomenon: the growth since 1960 of private residential community and condominium associations of small geographic scope with their own revenue sources.

The influence of professional associations has diminished greatly. The State Bar Association once functioned as virtually a third house of the legislature. Its leadership of about a dozen persons was once chosen by the system described as medieval republican oligarchy, the system prevailing in the Catholic Church, Marine Corps, and physics departments, i.e. by the laying on of hands, administered by a nominating committee. This gave way in the ’80s to “democratization”: election by districts of a 40-member board predictably consisting largely of 30-year-old self-promoting chicken-dinner-eaters. A parallel development has taken place in other professions.

The civil rights revolution has had benign effects, but the development of identity politics is not one of them. A British M.P. once observed of the rise of the working classes to power: “it will take them twenty years to elect their own kind, and twenty more years to have the good sense not to do so.” In Maryland, this process is not yet over. As Learned Hand observed: “the herd is regaining its ancient and evil primacy; civilization is being reversed, because it has consisted in the exactly opposite process of individualization.”

The polity has been further impaired by concentration of control over the media. In the 1960s the states’s major metropolitan areas each had three newspapers; now there are monopolies in each, and monopolies not receptive to views differing from those of their editors. Small local papers are either extinct or owned by the metropolitan monopolists. There are fewer major corporate headquarters, and no longer are there any locally-controlled banks. The civic influence of the business community, except for specialized lobbying, is essentially nonexistent.

The primary system, a relic of the Progressive era, together with reapportionment, delivers politics to control by the mass media and the bundlers of campaign funds. No longer are politicians chosen by people who know anything about them.

The relative anonymity of legislators places them beyond effective influence by unorganized citizens. Reapportionment is said to have been Chief Justice Warren’s proudest achievement. As forecast in Justice Harlan’s dissent, it fostered partisan gerrymandering, and, later, even racial gerrymandering, delivering the legislature to its most extreme partisans. What was not understood is that a variety of arrangements producing radically different personalities and results are consistent with the Supreme Court’s sacred principle of numerical equality. At-large elections totally extinguish political minorities. Multi-member districts, like those of most of Maryland’s House of Delegate districts, diminish minority influence. Proportional representation proliferates splinter parties and causes major parties to be led by the geriatric. Direct primaries favor plutocrats and celebrities with name recognition, and extreme partisans. The newest panacea, ranked-choice voting, favors chameleons and faceless persons without serious convictions. Conventions of elected officeholders producing moderate and experienced nominees chosen by those who know them are now little-used.

The status quo ante cannot be restored, but there are some obvious partial cures. Abandonment by the courts of the disparity between largest and smallest districts as a standard in favor of a standard looking to the minimum percentage of the electorate needed to elect a majority would be helpful. Legal scholar Michael McConnell has pointed out that under such a regime counties or groups of counties would provide fixed boundaries, and that both the largest and smallest districts would be rural. In a little known case, Schaefer v. Thomson, the Supreme Court very nearly allowed this.

The political parties have it within their power to restore the convention system for choosing statewide nominees. Professional associations can revert to the use of nominating committees and the “laying on of hands.” Incorporation of new neighborhood associations with limited taxing powers within large counties can be facilitated, as has happened to some extent in the city of Baltimore. Most important, the British, Australian, and New Zealand legislation of the late ’80s can be emulated to give each school building its own community board of parents, teachers, and outside professionals, rendering every school a charter school and reducing the influence of unions and county bureaucracies. Internet blogs can be converted without undue cost into slender community newspapers, without home or mail delivery, to be sure, but with availability in street boxes, a model still followed by one or two local publications to good effect. Residential community and condominium associations can be encouraged to adopt new functions beyond physical maintenance of properties. Community boards for bank branches, like those once used by the Mercantile Bank and Trust Company, can be encouraged, as can local credit unions.

Alexis De Tocqueville called for less emphasis on the work and more upon the workman. This requires at the national level abandonment of “consumer welfare” as the sole touchstone for economic legislation, and abandonment of the mania for control from Annapolis and Washington in politics, tendencies visible in the nations of Western Europe. While it is doubtful that the old world can rescue the new, some introspection on the part of Maryland citizens is required lest the state be viewed as an organized feed lot with totally passive citizens.

George Liebmann is the president of the Library Company of the Baltimore Bar and the author of various works on law and history, most recently Vox Clamantis In Deserto (Amazon) and America’s Political Inventors (Bloomsbury).

Note: George Liebmann is a member of the Maryland Public Policy Institute's Academic Advisory Board.