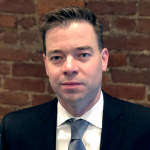 Dan grew up in Connecticut and went to Princeton, where he was a columnist at the Daily Princetonian. He recalls reading a report that a fund offering private school scholarships to 40,000 disadvantaged children received one million applications.

That “overwhelming demand for education opportunity,” he says, led him to write his senior thesis on the constitutionality of school vouchers: “an open question at the time.”

From 2000 to 2010, Dan worked for several different think tanks, including the Cato Institute and the Heritage Foundation. From 2002 to 2004, he led the Arizona Dream Foundation, a non-profit focused on expanding educational choices for children in the Copper State. In those roles, he focused on two areas: improving educational opportunities for foster children, and expanding school choice.

“Foster children face many disadvantages, from the circumstances that led to their placement in state care, to instability created by frequent home transfers and thereby to school transfers,” Dan says. He proposed reforms, eventually enacted in Arizona, Florida, and other states, to include foster children in school choice initiatives, enabling kids to stay in the schools in which they were already enrolled, even if their foster parents moved to a different school district.

Dan’s most significant contribution to education policy came in 2005, when he published a paper entitled Education Savings Accounts: A Vehicle for School Choice. “In the early 2000s,” says Dan, reformers “debated whether school vouchers or education tax credits were the better mechanism for delivering parental choice in education.” (You can wonk out on the details here.) “I proposed a new path.”

Dan’s concept of Education Savings Accounts was modeled after Health Savings Accounts. While state and local governments could help fund each child’s ESA, the ESAs would be owned by the child’s family, not the government, allowing the concept to clear certain legal hurdles. Parents could supplement ESAs with their own funds, and use the money not just for school tuition but also for off-campus tutoring.

In 2011, Dan went from testifying before Congress to working for Congress, joining the Senate Homeland Security and Governmental Affairs Committee. At HSGAC, as it’s called, Dan focused on cybersecurity, and served as policy director of the Committee from 2015 to 2019.

But education reform remained close to Dan’s heart. From 2007 to 2012, he continued his work on the topic as a member of the D.C. Advisory Committee to the U.S. Commission on Civil Rights.

In 2019, Dan joined FREOPP as a Visiting Fellow, where he focuses on the broad spectrum of education reform issues, including K-12 reform, vocational schools, and higher ed. In 2020, his plan to reopen schools amidst the COVID-19 pandemic, co-authored with Preston Cooper, Bob Kocher, Lanhee Chen, and Avik Roy, was described by one prominent education reformer as “the most comprehensive piece I’ve seen yet on reopening our schools.”

Says Dan, “My goal is to build on FREOPP’s research work to identify promising ideas that make a high-quality education available to every American. That’s because a quality education is the key to expanding equal opportunity and changing lives.”

Maryland should make the most of online education

How Maryland Can Become A Leader In K-12 Online Learning