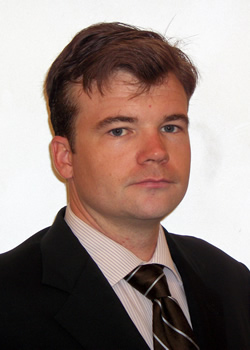 Sean Kennedy is a visiting fellow at the Maryland Public Policy Institute where his research focuses on education reform, tax and budget, opioid abuse, criminal justice, and urban renewal policies. His writings and work have been featured in major national publications including The Washington Post, CNN.com, Politico, The Chicago Tribune, and The Baltimore Sun. He has testified before both the District of Columbia Council and Maryland General Assembly on pending legislation.

Kennedy has served as an advisor to Members of Congress, state legislators, non-profit leaders, and business executives on policy matters and communications strategy. His previous experience includes directing research for former Speaker Newt Gingrich, serving as a television producer and writer for CNN, and assisting in the research and writing of history and public policy books. His is a graduate of the University of California, Berkeley and received a master’s degree from the University of Cambridge.

The Urban Poor Are Paying A Steep ‘Murder Tax’ Since 2020

Lincoln Park’s memorial to the Great Emancipator should stand

Maryland should not release prisoners. It’s safer for everyone.

‘The Wire’ Is Finished, but Baltimore Still Bleeds