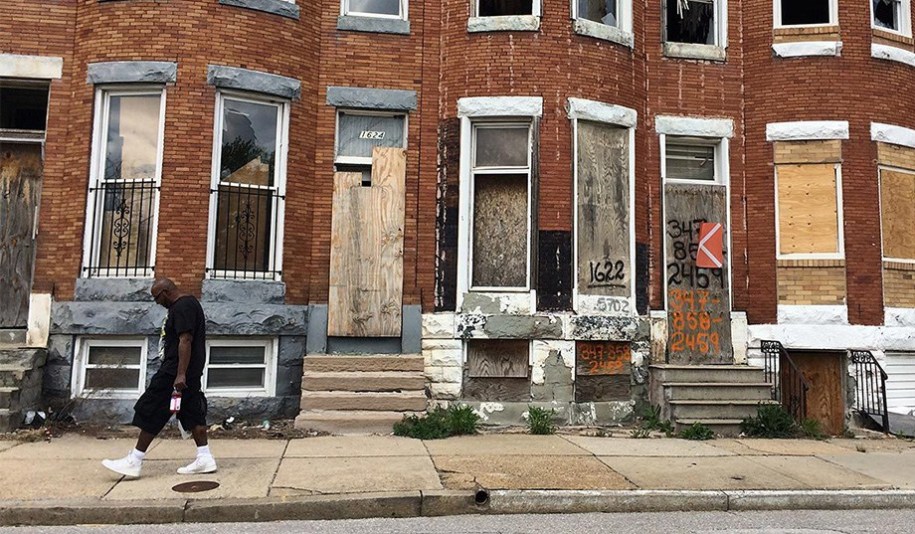 Baltimore City Cannot Afford the Kirwan Plan – Or Much Else

From broken heaters to embarrassing test scores, Baltimore City has repeatedly made national headlines for having one of the worst school systems in the country.

As a solution, the Kirwan Commission proposes that Baltimore City double its share of education spending by 2030, which would require the city to generate an additional $329 million in annual revenue by that date. Unfortunately, this recommendation is not only fiscally infeasible, but would fail to solve underlying inequality problems contributing to the city’s education crisis.

Maryland localities have two main sources of revenue: income taxes and property taxes. Since Baltimore City already levies a state maximum local income tax of 3.2 percent, the primary way to generate additional revenue would be to increase its property tax rate. Five Maryland counties cap their property tax rates or receipts, but are allowed to exceed their charter limitations on local property tax hikes for the purpose of generating education funds.

Baltimore City currently levies a property tax of $2.248 per $100 of assessed value, a rate that is already more than twice as high as any jurisdiction in Maryland. To generate an additional $329 million, by how much would Baltimore City’s property tax rate have to rise?

This fiscal year, Baltimore’s net property tax receipts are expected to total approximately $851 million. To generate an additional $329 million for its schools, the city would need to collect approximately 39 percent more in property taxes. This would require an increase in Baltimore City’s property tax rate to about $3.12 ($2.248 x 1.39) per $100 of assessed value, roughly triple that of other Maryland counties.

This is a rough estimate, of course; elected officials must be hoping that the city’s tax base will grow enough to make the necessary tax hike somewhat smaller.  Except that’s counter to recent history:  Since 2010, Baltimore City’s total property tax base has fallen 5% (from $46.1B to $43.9B) in real, inflation-adjusted terms. Unless that trend is reversed, the necessary hike might be even greater than 39 percent; clearly, Kirwan is asking the city to spend money it does not have — despite clear evidence that money is not going to fix the city’s school problems.

In fact, Baltimore City is already the third most spendthrift school district among the 100-largest school districts in the country. Baltimore spent $16,184 per pupil in 2019, only trailing New York City and Boston. Yet less than 15 percent of the city’s elementary and middle school children are proficient in math, and only 13 percent are proficient or advanced in English. This puts Baltimore City at the bottom three in the nation, ahead of only Cleveland and Detroit.

There are, however, more evidence-based and cost-effective ways to help struggling children improve their learning outcomes without bankrupting the city.

According to a study by Stanford University’s Center for Research on Education Outcomes, students at Maryland’s charter schools, especially those who are Black or Hispanic, outperform their counterparts in traditional public schools. The study found that Black charter students made math gains equivalent to 47 extra days of learning, and Hispanic charter students made reading gains equivalent to 77 additional days of learning.

Despite such evidence, Baltimore City cut its charter school budget by $5.5 million in 2018 and only approved one out of six recent charter school applications. This January, the city school board also voted to close four charter schools.

Some 96 percent of Baltimore City schools have student populations characterized by concentrated poverty; roughly 40 percent of students are eligible for reduced-price meals. This explains why the city’s education reforms should be, first and foremost, strategically designed to address deep-rooted inequality problems. This can be done by expanding charter school options, or more specifically, school choice for disadvantaged children. Such reforms would require a fundamental shift in the way city officials approach the education problem – with parental choice and competition rather than monopoly.

In any case, Baltimore simply has no choice but to resist the Kirwan plan and the higher property tax rates necessary to fund it. This year, the city saw its biggest population loss in a single year since 2001. Driving more taxpayers to the surrounding suburbs by taxing them even more aggressively is neither a viable nor advisable option for fixing the city’s broken school system.