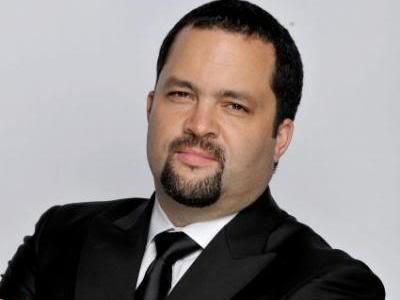 Democratic gubernatorial nominee Ben Jealous wants everyone to believe he is a capitalist.

"He (Gov. Hogan) can call me whatever he wants, but I'm a venture capitalist who invests in businesses including right here in Maryland and grows them into big businesses," he said. "I'm happy to take on a land developer on business climate all day long."

His bio at Kapor Capital, an Oakland, California-based tech-focused venture capital firm where he’s a partner, lists the names of zero businesses that he has nurtured to bigness in our state or elsewhere. A quick search of Jealous’s Linkedin profile and venture capital research site Crunchbase shows that none of the 5 organizations (one non-profit and four companies) Jealous is affiliated with is located in Maryland.

Jealous should immediately release the names of the Maryland-based companies he has invested in so that residents could assess his skills, if any, and most importantly, whether he is telling the truth. What, for example, qualifies as “big” in his mind, and how many high-paying jobs has he brought to Maryland – a state plagued by years of outmigration of residents seeking better opportunities.

But he requires collective cognitive dissonance if he wants Marylanders to believe that someone who worked for and is endorsed by Sen. Bernie Sanders and who wants to raise taxes on the wealthy, single-payer healthcare, a massive hike in teacher salaries, universal “free” pre-K and college is a capitalist.

The former NAACP chair’s dishonesty in pretending the two worldviews are compatible stands in stark contrast to other progressives who have all but abandoned the farce and gone full leftist, like Alexandria Ocasio-Cortez. She happily described democratic socialism to Stephen Colbert on “The Late Show” following her stunning victory over Rep. Joe Crowley, second in command to Nancy Pelosi, in the NY-14 Democratic primary.

The former Bernie Sanders organizer minced no words with Colbert.  "I believe that in a modern, moral, and wealthy society, no person in America should be too poor to live. What that means to me is health care as a human right, it means that every child no matter where you are born should have access to a college or trade-school education if they so choose it. I think that no person should be homeless if we have public structures or public policy to allow for people to have homes and food and lead a dignified life in the United States."

She didn’t add that she was also a capitalist. But then she used to be a bartender, not a venture capital guy earning over $440,000 per year like Jealous.

The real reason he mislabels himself is likely that he knows Larry Hogan won in a state where registered Democrats outnumber Republicans 2-1 because people were extremely worried about the economy after years of tax hikes and regulation under Gov. Martin O’Malley.  And Gov. Hogan’s high approval ratings show people don’t long for the past. They want more capitalism, from a free-market capitalist.

That’s no excuse to lie, though. If he wants Marylanders votes, he should at least be honest about his party brand.