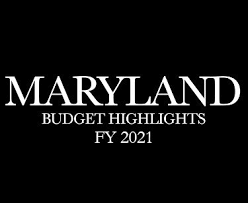 No, Gov. Hogan’s Budget Cuts Are Not ‘Draconian’

Of the $1.45 billion cut, $672 million was scheduled to be considered during the Board of Public Works (BPW) meeting today. Ultimately, the BPW rejected several proposed cuts and voted to cut just $413 million instead.

Among other things, Gov. Hogan’s plan eliminates 92 vacant positions in the state government, eliminates raises, and also seeks salary reduction across the state workforce. The plan also intends to make employees pay more for health care, and makes it more difficult to qualify for overtime pay.

While the news is understandably upsetting for state employees, Gov. Hogan’s plan is certainly not draconian. A $1.45 billion spending cut represents just 3 percent reduction from the state’s $48 billion budget for fiscal 2021. After the cut, Maryland would still be spending more than it was two years ago.

Maryland is facing between $2.1 billion to $2.6 billion in deficits in fiscal 2021, but Gov. Hogan is trying to fill the budget hole without layoffs and furloughs. He’s trying to protect state workers as much as possible without forcing Maryland deeper into fiscal catastrophe.

In other states, tens of thousands of government employees have already been laid off. In Pennsylvania, Gov. Tom Wolfe has already laid off over 10,000 state workers in response to the crisis. In Michigan, more than half the state workforce was furloughed through the summer. New York City is planning to let go of 22,000 municipal workers this fall.

Since the pandemic hit the U.S., at least a quarter of Americans have been laid off or received a pay cut. Given that public sector workers are already more generously paid compared to their private sector counterparts, it is reasonable for state workers to accept their share of pay cuts as their governments weather this economic crisis.

According to studies by the Bureau of Labor Statistics, the American Enterprise Institute, and the Citizens Against Government Waste, public sector workers earn more than their private sector counterparts when taking into account pension and other benefits — around 6.2 percent more per hour. For one, pension benefits earned by state and local government workers are roughly 10 times more generous than the 401(k)s that private sector workers receive. Such overly generous benefits are the main driver of unfunded state pension and OPEB liabilities across the country. Maryland’s pension fund, for example, is more than $20 billion underwater.

In fact, the state employees denying the pay cuts necessary to balance the state budget is equivalent to asking their private sector counterparts to take up higher tax burden to keep them happy, despite the fact that Maryland’s private sector workers have also been severely affected by the pandemic: Almost a million Marylanders have filed so unemployment so far.

Increasing state taxes — the only way to give state employees the raises they are asking for — will impede Maryland’s economic recovery and prolong the recession. A long-lasting budget crisis will not only hurt both public and private workers, but it will also disproportionally hurt Marylanders who depend most heavily on government services. It is simply not fair for state employees to ask for this doomsday scenario.

More budget cuts will be considered in the upcoming weeks. Gov. Hogan and the Board of Public Works should not succumb to the pressure of state unions and advocates, and should make the necessary adjustments to the state’s spending plans to help weather the storm. It is also the right opportunity to adjust pension and other benefits for state employees to improve Maryland’s long-term fiscal outlook.