The Case Against County-Level Alcohol Monopolies

Montgomery County politicians consider themselves to be progressive, forward-looking leaders. Yet many of them are protecting a throwback from the Depression era: the county’s government-operated alcoholic beverage monopoly controls the wholesale distribution of all alcohol, alongside all retail sales of liquor. This system abuses consumers with high prices and poor selection. 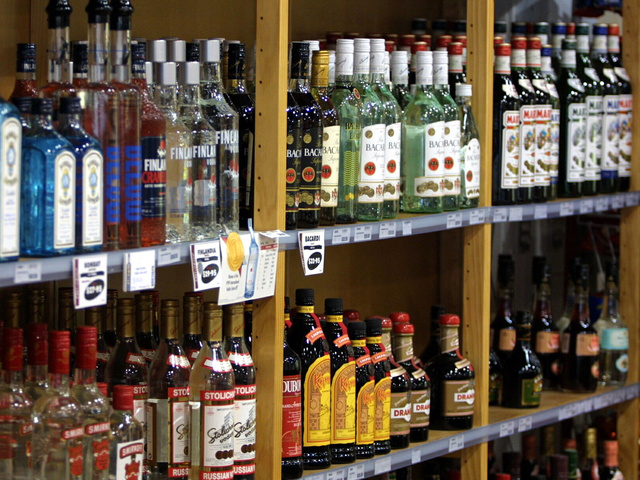 But there are some hopeful developments for those consumers. Just before the holidays, Bethesda Magazine reported that county small business owners, led by upscale restaurateurs have launched an effort to end the monopoly. This comes on the heels of Maryland Comptroller Peter Franchot’s op-ed in the Washington Post calling for an end to the Montgomery’s “prohibition-style” liquor regulation. Reform ideas vary between allowing private distributors to compete against the county system, and outright privatization of the system.

Still, some Montgomery County politicians remain stuck in the past. County Executive Ike Leggett has vowed to fight all attempts to erode the monopoly. One day after the Bethesda Magazine article, Leggett met with business owners to pitch the continuance of the system, claiming the county earns important revenue from the monopoly. But this defense doesn’t hold water.

At just over 1 million people, the population of Montgomery County is approximately the same as Montana and larger than six different U.S. states. The county’s median household income is nearly twice the national average, and over half its population holds a bachelor’s degree or higher.

The county’s general fund typically receives about $30 million annually from its liquor monopoly. Yet in the current Fiscal Year 2016 budget, Montgomery will spend over $59 million on liquor control functions, which is approximately 1.17 percent of county spending. Of this, $31 million is allocated to personnel costs, including a 10.9 percent increase from FY15. The county has 426.72 full-time-equivalent employees working in liquor control, and the FY16 budget includes the addition of 39 new full time employees and five new part-time workers. Expenditures on liquor control have grown about 20 percent since the FY14 budget. The county presumes a 5.8 percent increase in year-on-year liquor sales revenues.

So this state-sized county has a large and growing liquor control budget that is increasingly devoted to personnel costs for retail employees. Liquor receipts makes up a tiny fraction of county revenues, and it is unclear why those revenues cannot be made up by privatizing the liquor stores and issuing licenses or including a small excise tax on liquor sales. Every other county in America gets by without the revenue boost of a monopoly on alcohol.

This says nothing about consumer choice. Restaurateurs complain that the monopoly makes catering to the increasingly diverse tastes of the county’s alcohol-drinking population difficult. Buying beer and liquor from interesting new breweries should be simple. The county monopoly makes it a challenge. It hurts consumer choice, while at the same time squelching small businesses, driving restaurant traffic to establishments across the border to Washington, D.C. Yet Leggett would forsake those consumers and all that economic activity to protect a portion of the $24 million in county general fund revenue from liquor sales.

Ending the monopoly is sound public policy. The private sector long-ago proved to the American people that there was no need for public control of the nation’s alcohol sales and distribution. In states where such monopolies exist, notably Pennsylvania, there have been moves to either privatize those systems outright, or open the monopoly to private competition. While outright privatization would be ideal, any manner of ending the county monopoly is desirable. Simply allowing non-county owned wholesalers or retailers would do much to mitigate the consumer choice problems the monopoly causes, while slowly weaning the county off the already-miniscule contribution to the general fund.

Leggett should heed this advice, and the will of the 725,000 people over 21 living in his county, and agree to the opening of Montgomery County’s alcohol market.