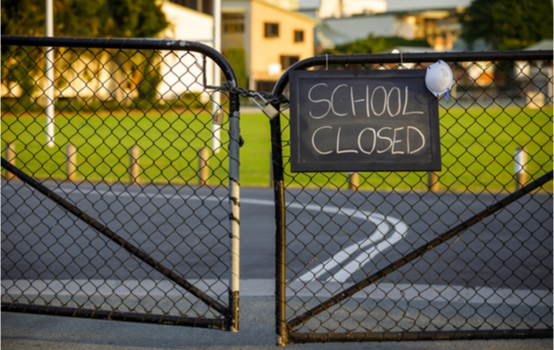 The need to improve our schools is obvious, as are many of the real solutions.

Nor are they modest in principle. They include prescriptive curricula, not free play, for toddlers; reintroduction of racial “disparate impact” as a curb on student discipline; politicized “civic education”; the direction of labor to nonprofits through especially generous loan forgiveness programs; the curbing of due process for college students accused of wrongdoing; and renewed emphasis on standardized testing.

The enormous sums to be spent will fall into the hands of unionized professionals; college graduates already enjoying better-than-average income prospects; and college faculties and staffs whose emoluments, paid for by student loans, have exploded even as their workloads have dropped. The community colleges to be enlarged do much good work but also have very high dropout rates.

The last 40 years of controversy over education reform has largely involved argument from fixed positions. Reformers have aimed at the heart of teacher union power by seeking to establish charter schools and voucher programs and by attempts to dilute union security and check-off provisions; relatively feeble attacks have been made on teacher tenure and seniority practices.

These attempts have not been without result, though: about 5 percent of K-12 students now attend charter schools. Despite their validation by the Supreme Court in Zelman v. Simmons-Harris, vouchers and education savings accounts benefit less than 1 percent of students. The so-called “accountability” reforms, by promoting uniformity in instruction, over-testing, and “teaching to the test”—spoon-feeding information in bite-size chunks at the expense of serious reading, while neglecting history, geography, foreign languages, art, and music as subjects of instruction—may actually have had perverse effects. The argument about the merit of reforms has centered almost entirely on test scores, without discussion of whether reforms promote individual or family responsibility, instill better values in students, promote maturity, or are consistent with what Judge Learned Hand once called “the preservation of personality.”

Defenders of the status quo and those who would extend it to new spheres extoll district public schools as ”community schools” necessary to instill a decent minimum, without examination of whether they are in fact controlled by the community or achieve the desired goal. The argument is framed as one between the public interest and “privatization,” an easy dichotomy to sustain when the argument takes place in stock-broker suburbs satisfied with their schools, or in rural areas where the creation of alternatives is difficult. There is limited enthusiasm for erection of a parallel system to replace that which already exists. The neighborhood elementary school has its appeal, even though such schools are almost inevitably less socially diverse than private or charter schools—and there is pride in buildings, basketball teams, and the like.

After all, public high schools cost parents nothing beyond their tax dollars, get adolescents out of the house when they are at their most difficult, feed them two or even three meals a day, transport them, introduce them to the opposite sex, entertain them on weekends, conduct heart-warming graduation ceremonies, and eventually present them with certificates entitling them to admission to something, somewhere called a college, or to employment in some not-too-demanding service business. What’s not to like? Surely the fact that by international standards the students are innumerate and by the national standards of 100 years ago illiterate is beside the point, as is the out-sourcing of higher-paying jobs to foreign countries with better educational systems.

Yet, reformers too often have put all their eggs in the choice basket, to the detriment of proposals which would attract a broader constituency, divide defenders of the status quo, and undermine the strength of the unions and organizations that are its apologists.

Below are some suggestions directed at these purposes which shatter the unions’ preferred narrative of education controversies as involving a choice between “community schools” and “privatization.” For it is not “privatization” but a sensible model of a public school that the unions and their sympathizers reject.

What is such a school?

Such a school would allow teachers and principals to retain control over student discipline, without fear of “disparate impact” claims, procedural steeplechases, or ruinous attorneys’ fee awards. A school in which disruptive students are promptly removed from the classroom, so as not to delay or disturb the education of other students. A school in which the hiring of teachers is reposed at the building level, without seniority “bumping” and other curtailments on schools’ ability to build a team and select their teachers. A school in which the principal is selected by and responsible to a building-level board, enlisting the energies of parents, teachers, and community members with relevant expertise. A school that is free—like private schools—to recruit its teachers from the 90 percent of college graduates excluded from the teaching force by today’s certification rules. A school that, unlike most of today’s public schools, can thus hire properly qualified teachers of physics, chemistry, computer science, Arabic, Chinese, and other critical languages, as well as teachers trained to educate the blind, the deaf, and the physically disabled without being obstructed by the unions’ single salary schedule.

Such would be a school which can adjust its salary schedules to recruit members of single-earner families in the interest of not having an almost entirely female teaching force. A school that includes in its teaching force persons of varied ages and backgrounds, including career changers, scientists, housewives returning to the workforce, and retired military, law enforcement, business, professional, and civil service personnel. A school in which inadequate teachers, as determined by a principal and building-level board, can be terminated without lengthy grievance procedures. A school in which learning disabilities are identified early in a student’s career by school health examinations. A school which takes seriously discouraging drug use among its students, and which does not, for fear of lawsuits, relegate them in wholesale lots to the criminal justice system. A school in which the quality of teachers renders unnecessary heavily prescribed curricula; in which books are read, not bite-sized chunks of them; and in which ‘teaching to the test’ is unknown. A school which treats 11th and 12th graders like the incipient adults they are, separating them from adolescents.

Such would be a school that does not shrink from the inculcation of cultural and religious traditions and values, which respects parental rights of choice in this respect. A school in which teachers are rewarded with adequate salaries, not with overelaborate fringe benefits encouraging malingering and gaming the system, and in which “burned-out” teachers are not locked into their jobs by seniority benefits and vesting requirements for pensions. A school with meaningful and internationally recognized graduation standards, which will not be waived by reason of supposed “disparate impact.” A school with meaningful connections with the ensuing experiences, educational or industrial, of its graduates. A school in which handicapped students enjoy the services of specially qualified and properly paid teachers, in which resources are not wasted on bureaucracies preparing “individual treatment plans.” A school whose teachers are able to use new distance learning and digital technologies, free of state-level restrictions imposed by the unions.

When increasing proportions of the public are made aware of how far the typical public school departs from this model, there will be greater pressure for reform, including, where necessary, competition and privatization. There may also be renewed interest in “industrial education”: short residential vocational institutions like the Hampton and Tuskegee Institutes as originally conceived, which were strangled on the premise that trained physical labor was the perpetuation of slavery. Massive subsidies for ever-expanding college bureaucracies will end. Teaching may again be a profession, not organized like a union of floor-sweepers in a meat-packing plant. College students may again be taught that solemnly contracted debts are to be repaid, not forgiven, and that working, earning, and saving is expected, not “gaming the system.”