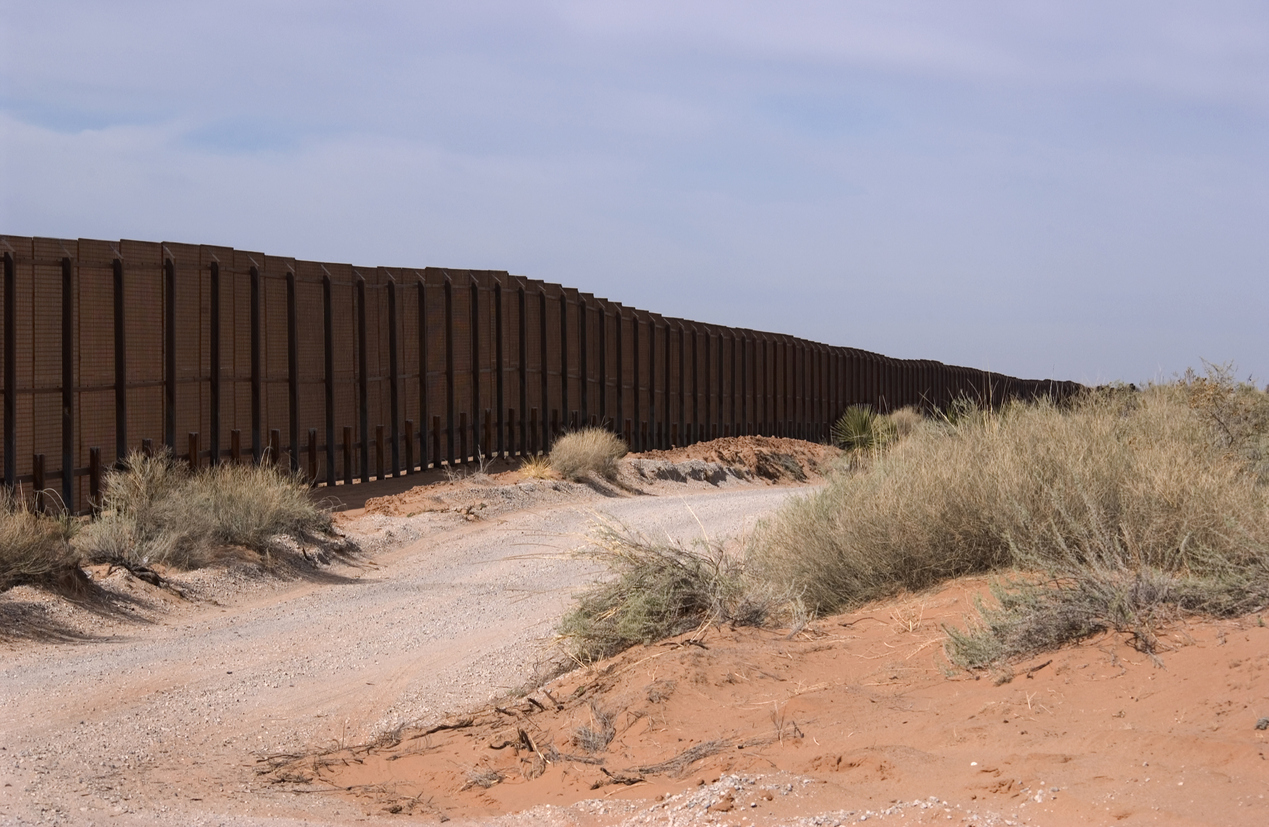 How Trump could get his wall

Originally published in the Herald-Mail

The border barrier is bad policy, but the president could get what he wants without doing anything he says he doesn’t want.

Facing invigorated Democratic opposition and falling poll numbers, President Trump has launched a new P.R. campaign for his proposed continent-wide barrier along the Mexican border. Its opening round came in last Tuesday’s Oval Office address, during which the president acknowledged that America welcomes immigrants “who enrich our society and contribute to our nation.” But, he argued, a 2,000-mile-long barrier is needed to obstruct dangerous criminals, terrorists, and illegal drugs, as well as to address the “humanitarian crisis” of migrating women and children falling prey to marauders and human traffickers.

President Trump may be motivated by public safety and humanitarian concerns, but the proposals his aides are crafting appear to have more nefarious intentions.

Consider the administration’s push to end temporary work permits for H-4 visa holders. These people are spouses of H-1B visa holders, people with rare and valuable job skills. Like their spouses, H-4 holders are vetted by U.S. authorities before they can enter the country. Also like their spouses, H-4 workers tend to be high-skilled—often in science, technology, engineering, medicine and finance—whose labor expands the economy and creates jobs for Americans. Some H-4 holders are even small-business owners, employing thousands of Americans.

A forthcoming benefit–cost analysis of the H-4 work permit program finds that ending it would result in a net loss of employment for Americans. It would also deprive local, state, and federal coffers of tax revenue and reduce U.S. economic output. There is no national security or humanitarian justification for inflicting such hardships on the United States. Rather, there is the appearance that the Trump administration is willing to hurt Americans in order to inflict harm on legal, vetted, high-skilled immigrants.

Or consider the administration’s push to cut legal immigration in half, as well as to end the “visa lottery” program for countries that have no specific quota levels. Or the administration’s sharp reduction in refugee immigration. Or its attacks on family visas—derisively called “chain migration”—which rejects one of the strongest predictors of immigration success: the previous success of close relatives. In all these cases, federal authorities investigate the applicants—especially refugees—for public safety and national security risks, a process that has proven highly effective at preventing the entry of dangerous persons. Again, there are no public safety or humanitarian justifications for these policies, just the appearance that the Trump administration wants to hurt immigrants.

Or consider the administration’s push to end Deferred Action for Childhood Arrivals (DACA). The program grants temporary legal status to young adults with no criminal record who were brought into the country illegally as children, through no fault of their own, and have now been educated and are ready to contribute to American society. A recent benefit–cost analysis finds that repealing DACA, instead of granting qualifiers legal status, would deprive federal coffers of over $100 billion in revenue over the next decade while having little effect on government spending over that time. The report notes that, without legal status, few of these young people would leave the country, but they would be less likely to pursue advanced job skills that contribute more to the U.S. economy. They would instead remain in the legal shadows, undermining the very law and order the administration claims it wants to promote. Once again, there is no public safety or humanitarian justification for ending this program and hurting the economy, just the appearance that the Trump administration wants to harm immigrants.

These proposals make the Trump administration seem as if it’s driven by raw bigotry. But the president could dispel that appearance, demonstrate his sincerity about border security and the welfare of migrating women and children, and get the funding he wants for a border wall. All he would need to do is follow through on another of his promises from the 2016 campaign: include a “door” in that wall.

As he explained in a Republican candidate debate: “We’re going to have a big, fat beautiful door right in the middle of the wall. We’re going to have people come in, but they’re coming in legally.” Now, he could offer that door as a “compromise” in exchange for the $5.7 billion he wants in initial funding for a border wall. Specifically, he could:

·       Double all immigration and refugee quotas, allowing lawful entry for applicants who have been investigated and approved by immigration authorities.

·       Offer a path to legal status for both DACA qualifiers and current illegal immigrants who have committed no violent or property offenses. The latter could be assessed a penalty for having violated immigration laws.

·       Increase appropriations for the U.S. immigration system so that applicants can be processed and investigated more quickly and accurately. This would reduce the need for migrant women and children to trek to the U.S. border for asylum.

To be clear, building the wall would still be bad policy. Despite its high price—expect it to cost $4.5 billion to build, $2 billion a year to maintain, and billions more to staff—it would have little effect on violent and property crime rates, terrorism, or the flow of illegal drugs into the country. At best it would be a giant, costly symbol of foolish big government.

Still, this “compromise” would mute some of the strongest objections to Trump’s wall and undermine the bargaining position of his critics. This maneuver would befit a master negotiator. It would give the president exactly what he says he wants, in return for nothing other than what he’s already said he wants to do.

Thomas A. Firey is a senior fellow with the Maryland Public Policy Institute and a Washington County native.