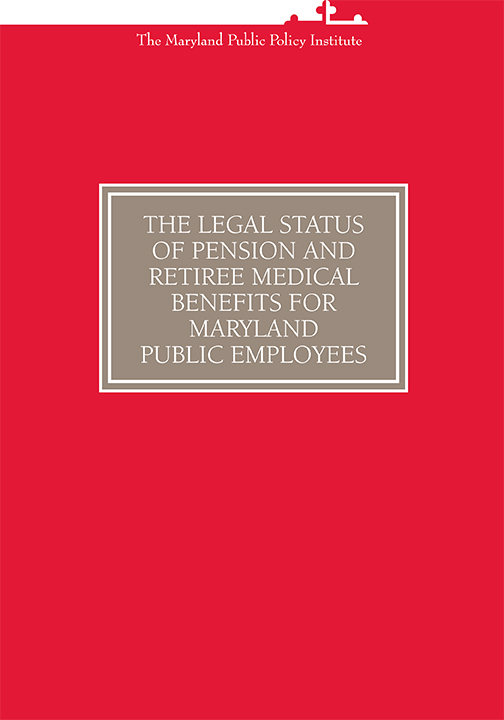 Employees of state and local governments in Maryland are often offered traditional pension benefits, as well as retiree medical coverage, as part of their compensation. These benefits are garnering significant attention as it becomes clear, in Maryland and elsewhere, that many of these pension plans have not set aside sufficient funds to pay benefits, and that retiree medical costs are often not funded in advance. The lack of sufficient funding can place significant fiscal strain on state and local governments and, in turn, on state and local taxpayers. At the same time, efforts to modify the benefits are a significant concern for employees who have planned around the availability of such benefits.[1] Given the importance of this issue for all stakeholders, this brief examines the legal protections afforded such benefits in the state of Maryland.

It is well established under Maryland law that accrued pension benefits may not be changed absent extraordinary circumstances. In other words, pension changes may not have a retroactive effect, and must preserve any benefit earned through the date of the change. Prospective changes can, however, be made, as long as those changes are “reasonable.” Further, changes can be freely made with respect to participants who have not yet satisfied the minimum service requirement to become entitled to a benefit under the plan (commonly referred to as becoming “vested”).

[1] Some public employees are particularly vulnerable to benefit changes because they do not participate in Social Security. Nearly all public employees in Maryland are eligible for Social Security, with the exception of certain local employees. See Maryland Department of Budget and Management, http://www.dbm.maryland.gov/employees/Pages/SocialSecurityAdministrator.aspx.

Maryland Pension Reform: Does the Law Allow It?