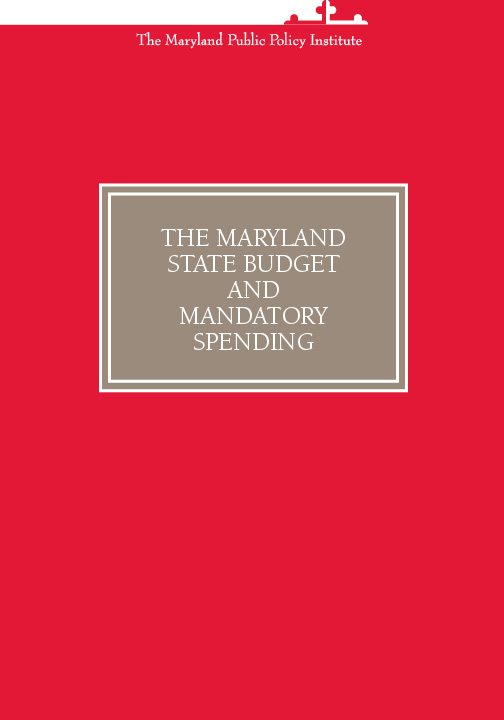 State of the State

The State of Maryland is suffering from long-run and short-run fiscal problems. A recent comprehensive financial analysis of all 50 U.S. states ranked the Old Line State 41st in fiscal health.[1]

This study assesses the Maryland budget with a focus on mandatory spending and how the office of Governor Larry Hogan struggles to balance the budget due, in part, to rigid revenue earmarks and mandatory spending requirements. Entering this year’s budget cycle, 82.2 percent of expenditures were predetermined due to existing state laws and regulations.

The state budget is an extremely important to the state’s economic health. Maryland risks drastic economic changes if it does not address its long-run fiscal problems soon. Despite a balanced budget provision in the state constitution, the state government has accumulated $17.21 billion in debt—about $2,880 per capita, 30.4 percent higher than the U.S. state average.

Worse, Maryland’s unfunded pension liabilities are alarming. The state’s ability to pay 143,000 retired teachers, state police, judges, and other former employees is in jeopardy.[2]  Maryland has a $45.5 billion investment portfolio to provide monthly benefits to about retired state employees. Unfortunately, the $45.5 billion is short of the anticipated payout necessary to fulfill the state’s retirement promises.

If the state’s investment portfolio earns its target return of 7.55 percent, Maryland would be short about $20 billion—39.0 percent—for its current long-term liabilities. For the fiscal year ending June 2016, Maryland’s retirement portfolio earned a meager 1.16 percent after fees. [3] The portfolio returned 2.68 percent for fiscal 2015.