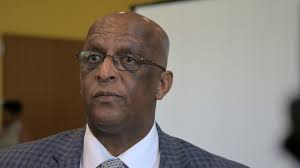 Does Baltimore’s Mayor Young “Get It?”

OK, we all like a “glass is half full” kind of person.  Those who accentuate the negative are kind of a drag.  And in parochial Baltimore, those who point out the city’s troubles are frequently viewed as treasonous, even when their goal is to offer solutions.

Still, one of Jack Young’s talking points as he recently confirmed he’s running for mayor – that the city is “on the cusp of a renaissance” – makes one’s head spin all the way around.  There is no major metric of urban health or vitality that suggests this is true.

The city’s crime wave – homicide rates that in some areas and for certain demographics are like those in a war zone, and a surge in carjackings – obviously gets the most attention.  But our continued losses of population (down 18,000 souls so far this decade) and jobs (down 101,000 since 1990, the year of Freddie Gray’s birth) make clear that all too many residents and employers are voting with their feet and heading elsewhere.  As energetically as we try to demolish vacant houses, others are abandoned just as quickly.  School enrollment is down, city students rank last in the state on test scores, and system finances are in disarray.  Infrastructure crumbles.  City agencies are mismanaged.

But even if we disregard Mr. Young’s remarks as mere salesmanship, what is more frightening is their lack of substance.  According to The Sun’s editors, Mr. Young “…laid out a vision for a full term in office, including building a new courthouse; implementing a new training program for city employees to advance in their careers; bolstering a new office to help build strong families, and attempting to address equity among the races across the city.”

That is not a vision, but a trivial list of deck chairs to re-arrange.  Even as a vote-buying strategy, it disappoints:  the construction unions may appreciate a contract to build a courthouse and the city employees’ unions might like a little “advancement” (i.e., step raises after more “training”).  But what else?  More bureaucracy to cure family dysfunction and racism?  Really?

Baltimore does have enormous potential.  Many other American cities are, in fact rather than fantasy, booming.  But that cannot happen here without bold, transformational leadership; it cannot happen unless the policy errors of past decades are corrected.  It requires getting the city’s economic house in order so that it makes sense to live and invest here.  The Maryland Public Policy Institute has, for example, long highlighted that the necessary condition for the city to thrive is a competitive property tax rate; without it, depopulation, job loss, poverty, and crime will worsen.

So far, we see no signs that Mr. Young gets that, or has the imagination or motivation to make the transformation possible.  Baltimore faces a crucial election season in coming months.  The question is who will step forward with a vision that will truly save the city?