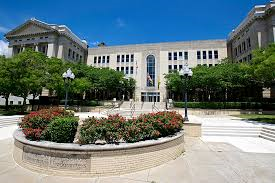 How Much Money Will Be Enough for Baltimore Schools?

The Kirwan Commission has released its proposals to boost spending dramatically for Maryland public schools. One of its key recommendations is pouring far more money into Baltimore schools. I think there is consensus across the political spectrum that Baltimore schools have numerous problems. But will the Kirwan Commission’s funding recommendations make any difference?

For some people, the answer is obviously “yes.” I saw tweets that praised the commission’s recommendations for addressing “underfunding” at Baltimore schools. What does this mean, though? By what measure are Baltimore’s schools supposedly “underfunded”?

Baltimore schools spend $17,493 per pupil. That is the third-highest per-pupil spending rate of any school district in Maryland. It’s unclear how, by any measure, this qualifies as underfunded. Regardless, the commission wants to spend another $823 million a year in Baltimore schools. I fear that this huge increase in money for this school system will fail to turn it around.

It’s probably true that it’s more expensive to run a school system in Baltimore than in, say, Garrett County, but it’s not overwhelmingly more expensive to do so. Perhaps those who say the city’s school system is underfunded think that the students are especially difficult to teach, so they need much more expensive interventions than students in other areas of the state. However, while Baltimore city schools do rank high for the percentage of students in special education or who are living in poverty, there are many other districts across the state that have similar problems.

When I was a local elected official, the most complaints I would hear about our public schools concerned discipline and violence in the schools. Baltimore city schools clearly suffer from these problems, too. But it is not money that takes care of discipline or violence; it is a change in school policy and a willingness of school officials to crack down on troublemakers.

City schools also suffer from a lack of air conditioning. In a hot and humid place like Maryland, it’s absurd that schools anywhere in the state don’t have air conditioning. This problem is indeed fixed by money, but there has recently been a state commitment to deal with this issue. Consider this from a 2018 Washington Post news article:

The [Board of Public Works], which also includes Treasurer Nancy K. Kopp (D), approved more than $6 million in emergency aid for Baltimore in 2017, to pay for air-conditioning work they expected to be finished in time for school to start that September. [Gov. Larry Hogan] said Wednesday those projects still are not completed.

So why isn’t the problem being fixed? As this Baltimore Brew article points out, there is a long history of mismanagement, corruption, and skewed priorities have led to the situation that still plagues too many Baltimore schoolchildren: no cool air in the summer and no heat in the winter.

There are obviously many other issues facing the city’s schools. When you look at them on a case-by-case basis, however, it’s hard to see why the city’s school leadership struggles with them when other places with similar problems do not. Money will not change this dynamic.

To be fair, the problem is not merely with the district’s leadership. Unfortunately, oftentimes state officials tie the hands of local officials who want to make needed changes in school systems. State legislators have also refused to pass laws that would give parents greater choices in the types of schools their children could attend, whether charter schools or private schools. I truly believe there needs to be a change at the state level in order to help fix Baltimore city schools, but I don’t expect that change to result from any work done by the Kirwan Commission.

The Kirwan Commission’s recommendations for hundreds of millions of new dollars to go to Baltimore sounds nice. It’s an easy sell. Many people view the city’s schools as a mess, and unthinkingly assume that money is the answer. But the city’s schools are already very well funded. There is little evidence that more funding that isn’t paired with true structural reforms will actually address the real problems facing city students and their parents.