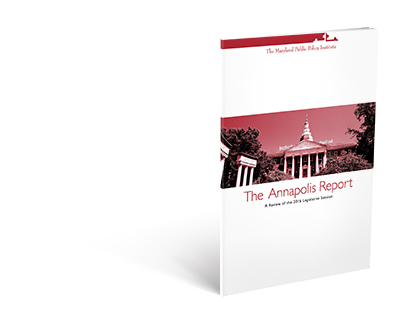 With state elections just a year away, the 2017 Maryland General Assembly (MGA) session featured a large dose of political posturing. From state to national issues, legislators focused on an agenda that seemed to be tailored to campaign ads instead of solving the problems of Maryland residents. That led to a disappointing session that failed to address many pressing state issues.

Legislators spent an inordinate amount of time focusing on national affairs. Some may say that this is because the Trump administration presented the state with unprecedented issues. There is some truth to this assertion, as President Trump’s actions in office have been out of the ordinary. However, legislators’ actions on issues such as immigration are more likely intended to send a political signal to 2018 primary voters.

Democratic legislators did not only target Trump for criticism; they also worked to thwart Republican Gov. Larry Hogan’s policy goals. From a sick leave mandate to gerrymandering reform, legislators and the governor clashed. In such instances, legislators usually won.

That is not to say that there was always disagreement between the two policymaking branches of Maryland government. In some cases lawmakers and the governor found common ground. During the previous legislative session the governor vigorously opposed a bill that would change the way in which proposed transportation projects are prioritized. This year, the governor and legislators worked together to make this scoring discretionary, not mandatory. And while lawmakers overrode the governor’s veto of legislation making the state’s renewable energy mandate stricter, they did agree on energy issues when it came to banning the process of hydraulic fracturing.

Overall, however, 2017 was another dismal legislative session for Marylanders who value fiscal responsibility, free enterprise, and limited government. Spending increased, the structural deficit continued to go unaddressed, the only tax cuts were targeted to favored businesses or small groups of individuals, and employers continued to have burdens placed upon them.

This report summarizes and evaluates the 2017 legislative session’s results in major policy areas. The mission of the Maryland Public Policy Institute is to promote public policies at all levels of government based on principles of free enterprise, limited government, and civil society.  Our analysis of legislative sessions has been consistent with that mission. We note cases when legislation reduces the freedom of Marylanders or expands government intervention in people’s lives, and praise legislation that is consistent with our mission.

Assigning grades to legislation is a subjective process. This report cannot consider every bill passed by the General Assembly, much less every bill introduced by legislators. Instead it gives an overview of the most important bills considered in certain broad subject areas, as well as some lower-profile bills that merit attention. The 2017 session is graded on whether lawmakers promoted free enterprise, limited government, and civil society.