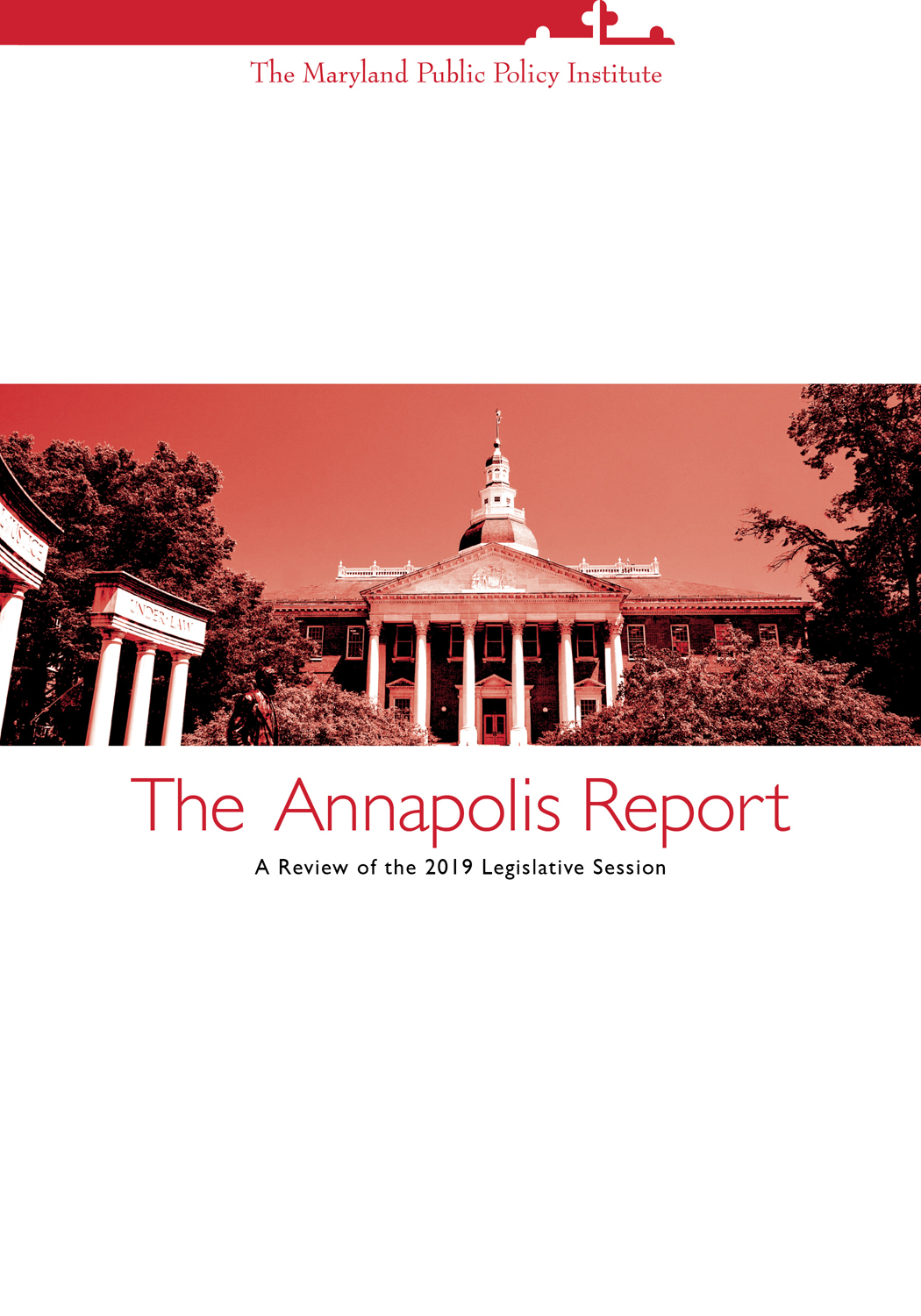 Ever since the Maryland Public Policy Institute began issuing the Annapolis Report in 2009, legislators have showed little regard for taxpayers. This year was no different. The Maryland General Assembly sharply increased spending despite warnings of a possible impending recession. In addition, it passed an education spending plan that allocates more taxpayer dollars to schools but does not require accountability measures for this large spending hike. And efforts to cut taxes were, as usual, largely ignored.

Business owners and their workers also took a hit from legislators this year. By mandating a $15 statewide minimum wage, legislators embraced an economic plan that will hurt businesses. Their aim was to help workers, but many economists predict that the new law will do more harm than good.

Health-care reform efforts also consisted of misguided attempts to impose price controls on prescription drugs sold to state and local government plans. Lawmakers designed a cumbersome system that will prove ineffective in controlling costs, but they redeemed themselves somewhat by resisting calls to extend these price controls statewide.

There were some small efforts to expand individual liberty during this year’s session, such as a recognition that occupational licensing laws should be reformed, and decriminalization of certain activities like gambling. Baltimore City also banned tax sales for unpaid water bills. On the whole, however, the 2019 legislative session gave fans of free markets and limited government little to cheer.

This report summarizes and evaluates results in major policy areas. The mission of the Maryland Public Policy Institute is to promote public policies—at all levels of government—that are based on principles of free enterprise, limited government, and civil society. Our analysis of each legislative session has been consistent with that mission. We note cases when legislation reduces the freedom of Marylanders or expands government intervention in people’s lives, and praise legislation that is consistent with our mission.

How Did Maryland Lawmakers Fare in 2019?