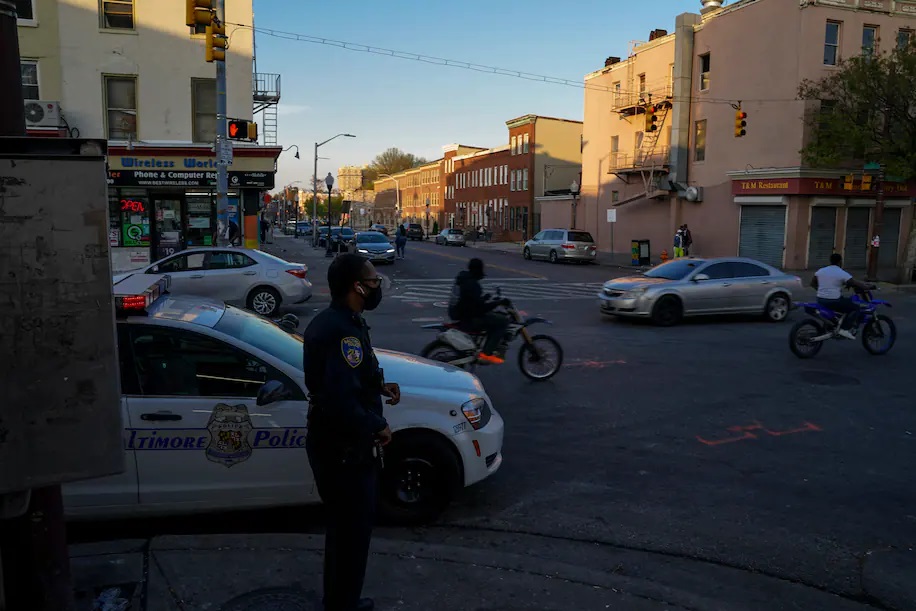 Baltimore is conducting a dangerous experiment in law and disorder

One of my favorite movies is the old romantic comedy “The Goodbye Girl.” The title character, played by Marsha Mason, is pursued by an aspiring actor named Elliot Garfield, played by Richard Dreyfuss. Unfortunately, Garfield’s off-Broadway debut in “Richard III” is a disaster and yields the shortest, funniest review ever: “ ‘Richard III’ stunk and Elliot Garfield was the stinkee.”

Mosby’s statement came amid another bloody week in a long parade of such weeks in the United States’ second-most-deadly big city (behind St. Louis). There had been seven murders in the previous six days; in the last month, there have been 33. The 2021 body count of 86 has the city ahead of last year’s pace and even its record 2019 rate. Not a good time to announce that, though elected as a prosecutor, she would not prosecute what she labeled “low-level crimes,” making permanent her policy of dismissing all criminal charges for the possession of drugs and attempted drug distribution, prostitution, trespassing and other “minor” offenses.

That’s mind-boggling on many levels, foremost that Mosby is rewriting or ignoring her own job description and the criminal codes of the city, state and federal governments. Almost as remarkable is her flawed analysis of the evidence on which she rests her policy case. No wonder her conviction rate is abysmal.

Background: At the outset of the pandemic, Mosby exploited (unwarranted) concern that jails might be coronavirus-spreaders to decree that she would no longer prosecute certain nonviolent crimes to reduce prison populations and their coronavirus risks. She dismissed more than 1,400 criminal cases and as many warrants; a compliant police commissioner instructed his officers to stop arresting people for the crimes on Mosby’s list.

This was not just an accommodation to a temporary problem but an experiment with human subjects. Despite another year of tragic bloodshed, Mosby judged her non-prosecution policy successful and proclaimed “the era of tough-on-crime prosecution” is over in Baltimore.

Facts and logic, however, simply do not support Mosby’s conclusions. Note first that she cherry-picked data that confirmed her biases, claiming a 20 percent reduction in violent crime and a 36 percent decline in property crime so far this year compared with the same three months of last year. Given all the confounding variables at work during the pandemic, no social scientist worth her salt would proclaim such a complex experiment complete — much less successful — with just a year’s worth of data. To make anything of a mere quarter of that inadequate sample is, to put it kindly, unreasonable.

Then there’s Mosby’s claim that a 33 percent decline in 911 calls mentioning drugs and a 50 percent decline in calls mentioning sex work during her experiment proves that “there is no public safety value in prosecuting these offenses.” Actually, one might conclude the opposite: Despite that drug dealing and prostitution were now de facto legal, many Baltimoreans still took the time to call the cops in the vain hope they’d bring some order to their neighborhoods. It’s clear they would have felt safer living on a block free of dealers, users, hookers and johns.

Mosby did not acknowledge that many crime stats are unreliable indicators of public safety (even when not complicated by a pandemic), which most law enforcement officials understand. If you get mugged every time you leave your apartment after dark, you’ll simply stay home at night, and reported muggings will fall. But it’d be wrong to say that’s proof the city is getting safer.

Going forward, Mosby promises that focusing “the limited law enforcement resources we have” on murder, armed robbery and carjacking will yield progress on those fronts. Worth noting is that such progress has not been much in evidence during her experiment, with her office already free of the burden of prosecuting “low-level” crimes — or, indeed, throughout her term in office.

And there’s every reason to worry her strategy will, in the long run, make her jurisdiction more violent. She has invited sellers and buyers of drugs and sex to converge on Baltimore, where their costs will no longer include risk of prosecution. We know that the gangs supplying these products often compete for market share by violent means; their customers sometimes fund their habits with muggings and assaults. We know that a little disorder usually breeds more.

Mosby’s strategy is, then, a roll of the dice — with lives at stake. How many Baltimoreans will continue to tolerate this experiment, and how many will say “goodbye” to their increasingly disorderly, dangerous city?

Stephen J.K. Walters is the author of “Boom Towns: Restoring the Urban American Dream” and chief economist at the Maryland Public Policy Institute.