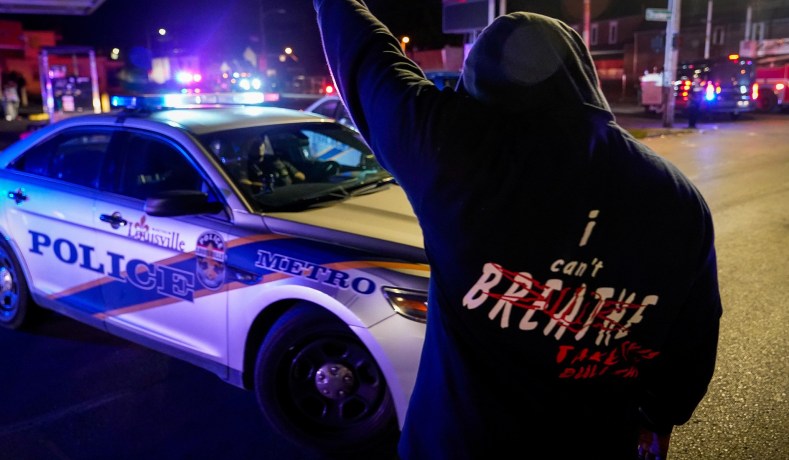 In the coming days, you will see Camden, N. J., held up as a shining example of the miraculous effects of “reimagining policing.” This supports the narrative that achieving racial justice requires us to defund the police, reallocating law enforcement dollars to more useful and compassionate social programs.

That Camden might someday become an example of good urban policy seemed laughable in 2012, when its homicide rate was 87 per 100,000 population. That’s 50 percent above the prevailing rate in Baltimore, America’s most murderous large city. Since then, however, Camden has made great strides, reducing its homicide rate almost two-thirds by last year.

How’d they do it? Step one was busting their police union by disbanding the force in 2013.

At the time, the cop cartel had pumped up average annual costs per officer (including extraordinarily generous fringe benefits) to $182,168. At that monopoly price, poor Camden could afford to employ just 175 cops, and during peak nighttime crime hours only a dozen might be on patrol.

But laying off the union cops and then rehiring many as county employees reduced costs to $99,605 per officer, enabling lots of new hires while keeping total expenditures roughly the same. Within a couple of years, Camden’s force exceeded 400 — a little over 50 cops per 10,000 residents, about triple the national average for similarly sized cities.

So Camden did not “abolish police,” as some of the more radical voices in the current debate claim, but actually employed more police — and more law enforcement. As the now-retired chief who led the transition explained, understaffing had made his city force a “triage unit going from emergency to emergency.” Staffing up enabled more proactive policing (including the use of some surveillance tools that civil libertarians consider problematic).

That made policing in Camden not just more cost-effective but better overall, incorporating training, rules of engagement, and accountability protocols otherwise unaffordable or unacceptable. While its approach has been branded as “community policing,” a great deal of Camden’s crime turnaround came courtesy of what looks like an application of “broken windows theory” (that treating small signs of public disorder can head off larger problems).

According to its co-originator, sociologist George Kelling, true broken-windows policing involves “a negotiated sense of order in a community” that results from collaboration between authorities and those with a stake in the area’s viability. “If you tell your cops, ‘We are going to go in and practice zero tolerance for all minor crimes,’” Kelling has said, “you are inviting a mess of trouble.” Which, of course, is exactly what many police departments these days have got.

But changing a force’s culture is a heavy lift, especially when union contracts prioritize job security — even of poor performers — and all but ignore organizational effectiveness. Minneapolis is Exhibit A: Of 2,600 civilian complaints filed against cops since 2012, just a dozen — less than one-half of one percent — led to any form of discipline. Most were just written warnings; the harshest penalty was a one-week suspension.

That monopolies do not merely overprice their products but otherwise abuse their customers is no secret, of course. Thanks to the eponymous board game, even children know monopolies are the devil. We tolerate them in labor markets in the (often erroneous) belief that for-profit employers hold so much market power that it is necessary to fight fire with fire. But even as he encouraged unionization in the private sector, Franklin D. Roosevelt deemed public employee unions “unthinkable and intolerable” because they might “obstruct the operations of government.”

That they do. FDR’s primary worry was the possibility of crippling strikes by police, teachers, or others, but strikes were often precluded in the legislation allowing government workers to “organize.” It turned out, however, that strikes are unnecessary to win generous wage and benefit packages and ultimate job security in the public sector, since unions can deliver money and blocs of votes to the elected officials with whom they will be negotiating contracts. Ka-ching.

Beyond policing, labor monopolies have made many public-school systems both scandalously ineffective and extraordinarily expensive. Students in strong-union states have lower proficiency rates than those in weak-union states; restrictive labor contracts have a negative impact on academic achievement, particularly for minority students. One recent study found that, nationally, this reduces graduates’ future earnings by over $200 billion annually — with the greatest effects among nonwhites.

The problem for reformers, however, is the awesome political power of these monopolies, especially in large, deep-blue cities. Given the vote blocs and money the unions wield, elected officials are loath to challenge them in any meaningful way. Until and unless they do so, the ongoing demonstrations for greater racial justice may lead to mostly symbolic change — as they have too often in the past.