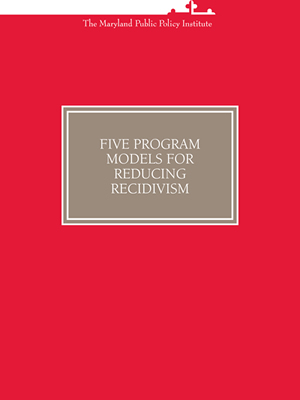 Broadly, incarceration in prison serves three key societal functions: to punish offenders and deter others; to “incapacitate” criminals or protect the public and prevent future crimes; and to rehabilitate or reform offenders for a safe and productive return to society.

Within those functions, there are basic outcomes that can be assessed.

While punishment and incapacitation can be achieved through physical means and require defined state action—i.e. sentencing etc.—rehabilitation requires significant effort on the part of the inmate, prison officials and staff, and post-release service providers and other third parties to successfully re-integrate the offender back into society.

The chief metric for “rehabilitation” is recidivism or the rate and nature of re-offense by the released inmate.

We are effective at punishing offenders, but not successfully rehabilitating them. Prison time is often not spent productively. But some innovative programs over the past two decades have sought to change that. This paper profiles five recidivism reduction models across the United States based on what other effective programs evince.

Each program both succeeds and falls short of delivering all these equally to their inmate participants, thus have room for improvement. The commonalities and divergences between these models allow for an observer to draw out themes as to what makes any given program successful and what pitfalls often beset even effective ones.

For a recidivism reduction model to demonstrate success, it should: