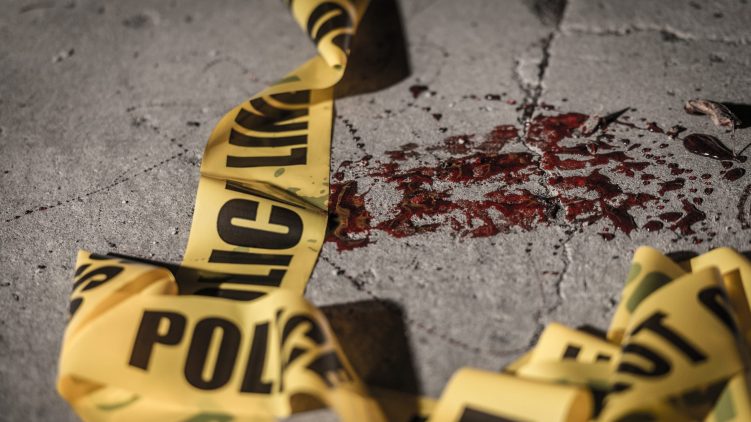 The Urban Poor Are Paying A Steep ‘Murder Tax’ Since 2020

While COVID-19 imposed a terrible toll in death and economic destruction in 2020, another epidemic devastates American communities both financially and personally—violence.

Preliminary statistics show murders rose by 35 percent across 60 of the nation’s largest cities. Nationwide FBI data through September show a 21 percent jump in homicide and 8.3 percent increase in aggravated assaults, including those by gun. Aggravated assaults and shootings climbed by roughly 10 percent over the summer and fall of 2020.

Such violence exacts a heavy toll or “murder tax” on the lives and livelihoods of the most vulnerable communities.

While the spring lockdowns saw a slight lull in violence, the carnage picked up in the aftermath of late May and early June unrest and subsequent police pullback. The epicenters of anti-police protests and riots experienced a dramatic rise in violence. Homicides increased significantly in Seattle (up 75 percent), Minneapolis (up 72 percent), and Louisville (up 92 percent). Portland saw its murder toll go up by 52 percent. Chicago’s homicides jumped by 56 percent to 769 in 2020 while shootings went up 52 percent and carjackings doubled.

Extending these figures nationally, 2020 counted at least 4,000 more murder victims than 2019—exceeding 20,000 homicides for the first time in 25 years. That violence is measured both in victims’ lives and in the unseen but very real economic cost to every American, especially the poor.

Recent academic studies have placed the combined tangible and intangible costs of all crime at between $690 billion and $3.4 trillion a year. Even a $1 trillion price tag would match Florida’s economic output.

According to researchers Kathryn McCollister and Michael French of the University of Miami, and Hai Fang of the University of Colorado, the total economic cost of a murder (adjusted for inflation) is more than $11 million. Critically, murders and aggravated assaults together represent the lion’s share (over 70 percent) of the cost of all crime. That would put 2020’s murder tax at $220 billion—$45 billion more than 2019. Similarly, aggravated assaults, including shootings, will tally at least another $120 billion in social costs.

The social cost of homicide includes robbing families of breadwinners, burdening law enforcement, courts, and corrections systems, and depriving communities and citizens of peace of mind and opportunity. This staggering “murder tax” is borne largely but those who can least afford to pay, America’s urban poor.

The financial advice site MoneyGeek.com broke down the per resident costs in 2019 (before the spike) and found huge disparities across jurisdictions with over 100,000 residents.

All crimes (both property and violent) levied a “crime tax” of $8,179 on Baltimore residents in 2019 while similarly sized cities like Milwaukee, D.C., and Albuquerque paid less than half that—around $3,500. Meanwhile, residents of equally populous Tucson paid 20 cents for every dollar crime cost Baltimoreans in 2019.

Some researchers conclude that “standing down” law enforcement or de-policing, often at the behest of political leaders, allowed criminals to step into the void. Last year in New York City, as homicides increased by 45 percent with shootings up 97 percent, arrests fell by more than 50 percent compared to 2019. A similar trend of police demoralization has correlated with dramatic spikes in Minneapolis, Seattle, and Portland.

But residents of impoverished and often dangerous urban areas overwhelmingly want more (53 percent) or the same (41 percent) police presence in their communities, not less, according to a poll conducted by Gallup for the Center for Advancing Opportunity.

Yet, we know that more and effective policing not only reduces violence, such a reduction pays economic dividends. As communities get safer, residents are less risk averse and economic activity increases as development and investment grow.

One study even suggests that the return-on-investment in effective crime reduction strategies is a budget-saver, as expensive drains on public resources decline as economic activity increases tax revenues. Another estimate suggests every $1 spent on policing yields $1.63 in reduced victim costs.

On the other hand, the crime tax costs jobs, reduces property values, deters investment, and undermines trust in public institutions, and, destroying opportunity, dashes hope for those who need it most.

Crime may not pay but it certainly costs, a lot. Economically struggling Americans need relief, so let’s start by cutting the most regressive tax of all—violence.

Sean Kennedy is a visiting fellow at the Maryland Public Policy Institute, a nonpartisan think tank based in Rockville, Maryland.