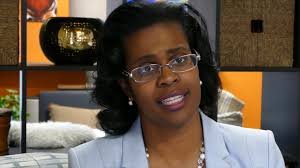 Nineteen months into this seemingly endless pandemic, many Americans’ jobs have been decimated. Baltimore Schools CEO Sonja Santelises retains her high-profile position, though. It’s worth asking why, because the school system Santelises runs continues to fail Baltimore students.

This is a school system where students have been promoted, regardless of how much academic content they’ve mastered. High school juniors are performing at elementary school levels, including one student who was “doing math at a first-grade level.”

Last year, “City Schools’ graduation rate, for the first time in six years, dropped below 70 percent.” This is noteworthy in a district that features a student who passed three high school classes, yet “ranks near the top half of his class with a 0.13 grade point average.” Since Santelises’ arrival in 2016, “SAT scores and college enrollment are . . . down.” Baltimore City Public Schools graduates also represent 70% of Baltimore City Community College’s (BCCC) student body; ninety-three percent of BCCC’s incoming students now require remedial (i.e., pre-college level) classes, up from 80% a decade ago. These are not the hallmarks of a successful school system.

This is also a district that has repeatedly modeled immoral behavior for students. Beyond lying about the number of enrolled students, administrators at Augusta Fells Savage Institute for Visual Arts “improperly changed grades and pressured teachers to give students grades they did not earn. . . . [and] students were scheduled in classes that did not exist and/or that they did not attend.”

Taxpayers pay handsomely for this educational fiasco. In 2019, Baltimore City’s school system became “the third most-funded school system among the 100 largest in America.” With the help of auditors at OpenTheBooks.com, Forbes magazine found that the district spends $1.4 billion, which amounts to $18,000 per pupil.

Where is that money going, and what is there to show for it? It’s clearly not being spent to ensure students’ strong academic performance and readiness for college or career. Rather, administrators continue to be paid lavishly for rock-bottom outcomes. First and foremost among them is Sonja Santelises, who out-earns the U.S. Secretary of Education, Maryland's governor, and the superintendent of wealthy Montgomery County’s public school system.

Maryland taxpayers pay Santelises “$339,000 [annually], which is up $22,000 in three years. . . . [making her] the state’s highest-paid school leader.” Last year, Santelises’ salary became “the highest salary ever earned by a Maryland superintendent . . . [and her benefits package includes] a car allowance.” Of course, that might be less jaw-dropping if the U.S. Census Bureau hadn’t reported that the median individual in Baltimore City earned $31,271 during that same period.

If Baltimore parents had firing authority, Schools CEO Sonja Santelises would already be job hunting. But Mayor Brandon Scott and his school board appointees — who could actually enact change — have ignored parents’ calls for Santelises to resign. So really, what is it that they like so much about Santelises? It can’t be her performance, because that’s been a costly failure.