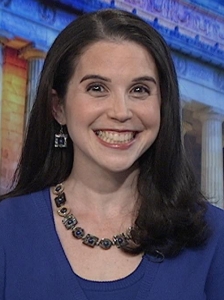 Melissa Langsam Braunstein, a former speechwriter at the U.S. Departments of State and Education, is now an independent writer. Melissa’s work has appeared in The New York Times, National Review Online, RealClearPolitics, and the Washington Examiner, and she has been a guest on Fox News, EWTN, and WMAL. Melissa earned her B.A. at Harvard College and her M.P.P. at the Harvard Kennedy School, where she was a Pforzheimer Fellow.