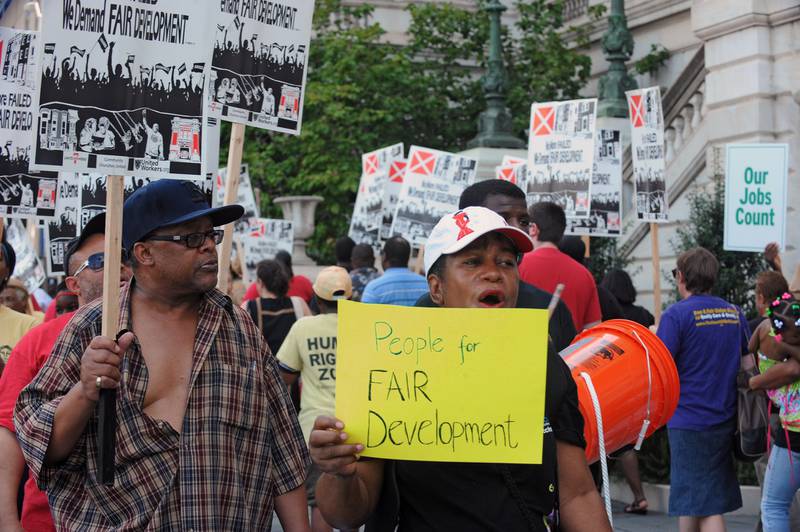 The problem with Baltimore’s ‘TIF’ strategy

As legendary heroes go, Robin Hood is as popular as any. Who can be against robbing from the rich to give to the poor? Unfortunately, for too long Baltimore has been using a redevelopment strategy that does the opposite: We frequently punish the poor and working-class while privileging the well-connected and well-to-do.

The latest example is a proposal to create a “downtown TIF district” to rescue that area from decline. For readers not up on the latest urban renewal jargon, “tax increment financing” involves giving developers a big subsidy on their upfront project costs. Usually, the local government borrows a large amount of money (via a bond sale), hands it over to the developer for “infrastructure costs” and then hopes to pay off the debt by collecting future property taxes from the developer.

TIFs are Baltimore’s go-to method of attracting new investment because the city’s confiscatory property tax rate — more than double the surrounding county’s — repels investment and therefore has contributed to job flight, population loss and poverty for decades. City officials (or at least some of them) know this is true, but rather than solve our basic problem via tax reform aimed at a competitive rate, they rely on TIFs and other special subsidies to bring the costs of new projects here more in line with other areas.

There are two problems with this: It doesn’t work, and it’s terribly unfair.