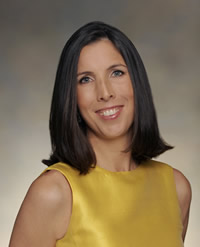 Marta Hummel Mossburg is a visiting fellow at the MarylandPublic Policy Institute and former columnist with The Baltimore Sun and The Frederick News-Post. She moved to Maryland in 2006 to launch the opinion coverage of The Baltimore Examiner, serving as editorial page editor until the paper closed in February 2009. During her tenure there she won the 2007 Maryland, Delaware, D.C. Press Association's award for best editorial for papers with over 100,000in circulation. She is a regular on Maryland news programs throughout the state. In 2010, she was the recipient of the Daily Record Leading Women in Maryland Award.

Prior to moving to Maryland, Marta was a reporter for The News & Record in Greensboro, N.C. She holds a master's in journalism from Northwestern University and a B.A. in English from the University of Virginia. She is a board member of Children's Scholarship Fund-Baltimore, devoted to giving low-income Baltimore City families educational choice. She lives with her family in Baltimore City.

Get ready for higher taxes — for the children

It is possible for Baltimore to have a visionary mayor

No, Gov. Hogan Does Not Hate Baltimore

Maryland parents may now be able to sue for better schools

Baltimore Suffers after Decades of Mismanagement

Next steps for Baltimore

For rich developers, not for us