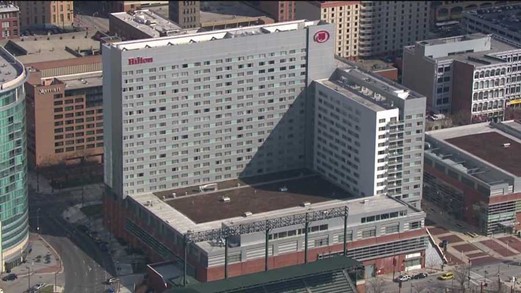 It’s common sense: when you find yourself in a deep hole, you should stop digging.

Sadly, Baltimore’s elected leaders habitually ignore that wisdom. See, for example, the Baltimore Sun’s recent report that taxpayers have coughed up $16 million to cover more losses from the city-owned Hilton Baltimore Inner Harbor since the pandemic began. Disappointing, but unsurprising given the city’s inequitable approach to urban renewal, inept prioritization in using public funds, and dismal past performance at the Hilton.

Getting into the hotel business was a bad idea when hatched by then-Mayor Martin O’Malley in 2003. The latest losses show that the costs of this mistake are rising. Had this white elephant never been built – or even sold in 2015, as then-City Council President Jack Young proposed – then tens of millions of dollars could have been used to give children a brighter future by helping them attend charter or private schools (or merely to finance air conditioning in their current schools) or help fund the reduction of the city’s exorbitant property tax rate.

The bad news about the Hilton came on the heels of a contaminated water scandal that affected a large number of Baltimore’s poorest and most vulnerable residents. It’s true that many US cities rely on publicly-owned and -operated water companies, but when that enterprise demonstrates so frequently and dramatically that it is incompetent – from its inability to send out accurate bills to polluting the Chesapeake by failing to adequately treat wastewater to failing to warn residents about this latest disaster – then it’s time to privatize and bring in managers who know what they’re doing.

MPPI adviser and JHU professor Steve Hanke, one of the world’s leading experts on water resources and privatization, recently completed a devastating study of the mismanagement of the city’s water and wastewater systems. The solution, Dr. Hanke writes, is to “allow for private enterprise and markets to assist the city in addressing its endemic water problems by tapping the

competency and skills available in the private marketplace.”

Unfortunately, in 2018 city leaders erected a substantial obstacle to doing so, amending the city charter (with voter approval) to prohibit such privatization. As Dr. Hanke has pointed out, that charter amendment “must be eliminated” if city residents are to benefit from the greater efficiency, lower costs, and enhanced environmental quality that are the rule under private management of water utilities elsewhere.

Baltimore’s leaders simply need to ‘follow the science and the data.’ There are a lot of reasons having to do with incentives and political meddling as to why the private sector usually does things better and more economically than government-managed enterprises. And the data are pretty clear that Baltimore’s municipal operations are sub-standard. City leaders should take a hard look at every city function – from trash collection to water delivery – and ask if it can be done better and/or cheaper by private enterprise. They should look at every item on the city’s balance sheet and ask if it belongs there or could be sold and managed privately, and therefore start generating tax revenue.

It’s municipal malpractice to continue wasting many millions of Baltimore residents’ tax dollars on an inefficient water utility, a failing hotel, and many other under-performing agencies. Our political leaders need a major change in governing philosophy; they need to open their minds to privatization. There are, clearly, many things only government can do, but in trying to do many things that the private sector can do better, the city is draining resources from its core responsibilities – and that’s hurting all Baltimoreans.

The Maryland Public Policy Institute is a nonpartisan public policy research and education organization that focuses on state policy issues. The Institute’s mission is to formulate and promote public policies at all levels of government based on principles of free enterprise, limited government, and civil society. Learn more at www.mdpolicy.org/