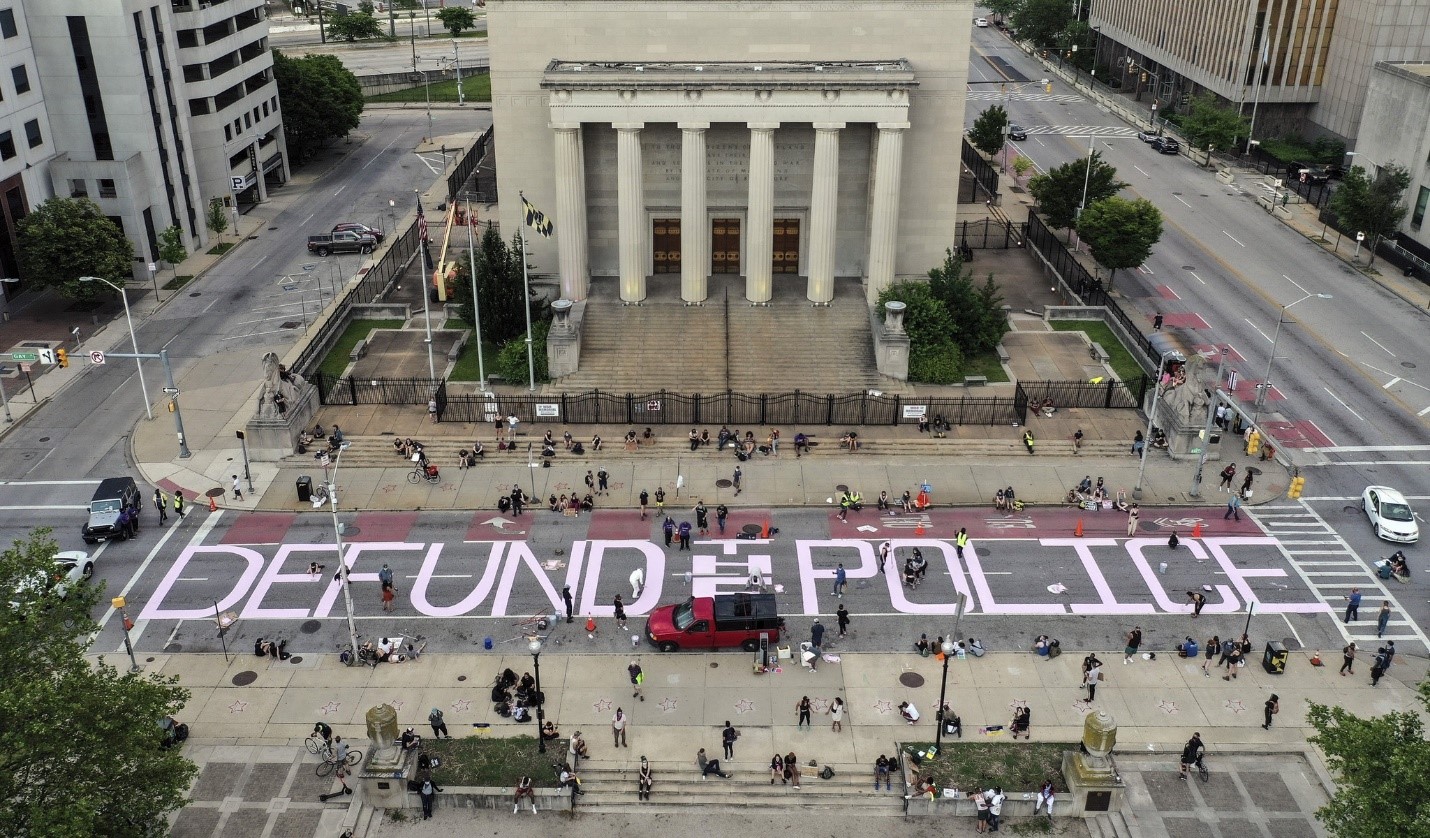 Will Baltimore Defund Its Police – and Economy?

It turns out that Baltimore isn’t into political recycling after all.  When last we wrote, we erroneously congratulated voters for taking a centrist path in the city’s mayoral election (“Baltimore Recycles, Declines to Turn Left (Maybe)”).  Oops.  Good thing we put that qualifier in the title.  At the time, former mayor Sheila Dixon led Brandon Scott, the left-most candidate in the race, by over 4,000 votes.  As public anger over police brutality and racial injustice grew in the aftermath of George Floyd’s death at the hands of Minneapolis police, however, Scott surged; he eventually won by 3,100 votes.

Though he faces a challenge from a credible and well-funded independent candidate (local businessman Bob Wallace) in November, most are conceding that Scott is all but certain to be Baltimore’s next mayor – and all are crossing their fingers and toes that the 36-year-old City Council President is up to the job’s huge challenges.  On two key issues – the city’s stratospheric crime rate and its malfunctioning economy – the early signs are not encouraging.

As this is written, there have been 146 homicides in Baltimore this year and 38 in the past 30 days.  That level of bloodshed is beyond tragic; city officials routinely say it is “unacceptable.”  In ordinary times, this would lead to calls for more police and more efficient policing to apprehend and prosecute those who prey on city residents.  But these times are far from ordinary, and public shock and indignation over examples of police violence against Black citizens has fueled demands not just to reform police practice but defund departments or, in more extreme formulations, abolish the police.

Mr. Scott quickly jumped on the defund bandwagon – an unsurprising move, given that he was the chosen candidate of leftist groups like the Bernie Sanders cadres fomenting Our Revolution, the Working Families Party, the Sunrise Movement, and others.  Though the City Council has limited power over the budget, Mr. Scott led their effort to cut police spending by $22 million.  “I am proud to lead a City Council that took the first step to responsibly reduce Baltimore’s budget dependence on policing,” he said, adding ominously “this is just the beginning, and I intend to continue leading this process to redirect our public dollars and reimagine public safety in Baltimore.”

This reveals profound ignorance of the city’s recent history and future needs.  In reality, Baltimore has been defunding police since 2010, when it attempted to control exploding pension liabilities by imposing cuts in retirement benefits that a circuit court later ruled illegal.  Subsequently, under Mayor Stephanie Rawlings-Blake, the city began reducing the size of the force.  A 2018 staffing study showed the city funded 2,554 police officer positions in 2013, but only 2,121 by 2016 – and in both years, the number of positions actually filled was kept below those funded.

That 17% staffing cut has been associated with a 57% increase in the city’s homicide rate since 2013.  Obviously, many other variables also contributed to this horrific trend.  But the idea that giving the BPD less resources (for things like crime labs, recruiting, patrol support, special ops, and more – see below) will somehow make Baltimore a safer place is a dangerous delusion.

Then there is the city’s economy.  As MPPI has written frequently, Baltimore’s non-competitive property tax rate – more than double what one might pay for superior government services just a few miles away in the County – has been repelling investment, fueling job losses and population flight, and spreading poverty for decades.

City officials understand this very well, but have tried to attract investment not with a competitive rate for all but with a truly awful Plan B:  special subsidies for well-heeled developers who "pay to play," and bubkes for everyone else.  This is both brutally unfair, burdening the little guy with high tax bills while developer aristocrats often pay little, and also totally inadequate to the city’s need for the huge levels of investment needed to restore and augment its decaying stock of capital.  It is the chief reason Baltimore lags behind so many other cities that have enjoyed a genuine renaissance in recent years.

The only thing worse than this discriminatory and ineffective strategy would be to renege on the special deals that have previously been made.  And that is just what Mr. Scott recently signaled a willingness to do.  The tax-increment-financing (TIF) deal that the city negotiated with Under Armour to attract its multi-billion-dollar investment in Port Covington called for an initial $148 million bond sale, and after a few of the usual left-wing suspects lodged a protest, Mr. Scott cast the lone vote against those bonds.  “TIFs and projects like these are not a comprehensive economic strategy and will not replace one," he said. "What we heard today in protest is important and valuable.”

Statements and votes like that send a simple message to investors:  stay away from Baltimore.  Even when you think you have a deal that makes your project viable, you never really have a deal… it’s always up for negotiation or revision.  That’s a great way to deepen our disinvestment crisis.

If this keeps up, perhaps by November the city will be turning its lonely eyes to Mr. Wallace.