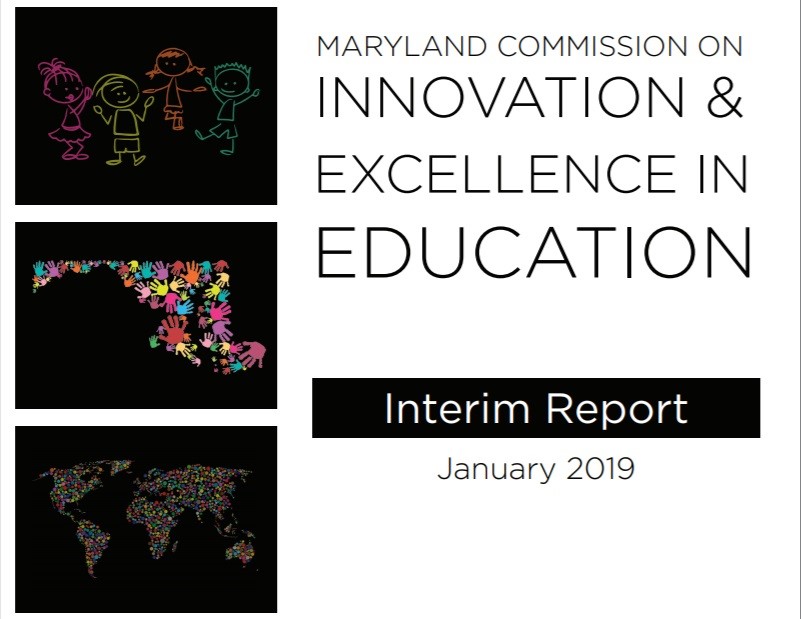 Kirwan plan is a union cash grab; taxpayers get the tab

Key recommendations of the Kirwan Commission on Innovation and Excellence and Education include wide ranging changes on how teachers are recruited, trained and paid, including major increases in salaries attached to a new career ladder. This is in response to the overall difficulty of attracting people to teaching and the loss of 50% of new teachers by their fifth year.

The proposal has broad support from education advocates and the teacher’s union. In the commentary below, Sean Kennedy of the Maryland Public Policy Institute, a free-market think tank, takes strong issue against the proposals.

MarylandReporter.com welcomes comments at the bottom of this article, and we will also be happy to publish opposing points of view. Send any commentary or articles about the Kirwan Commission to Maryland Reporter Editor Len Lazarick at Len@MarylandReporter.com.

The Kirwan Commission’s real aim is hiking teacher pay by $3 billion a year, and it is why the state teachers’ unions are so strongly backing it – more teacher pay. Kirwan aims at “making teacher salaries more competitive with other professions.”

The teachers’ unions, whose membership and coffers would boom, have even launched an expensive lobbying campaign to pressure political leaders to enact Kirwan’s pay hikes.

But Maryland’s teachers are not underpaid. Yes, some teachers, who are paid on a seniority rather than a performance basis, earn somewhat less than professionals with similar education and experience qualifications.

But most are highly overpaid. In aggregate, when all compensation (benefits, leave and job security) is accounted for, the average teacher earns as much as 40% more than those in comparable private sector professions.

Another false “crisis” that Kirwan’s massive pay hikes seek to remedy is the “teacher shortage,” with many teachers allegedly fleeing the profession. This is belied by the facts. Under 10% of Maryland’s teachers retired, quit, or were fired last year – less than half the leave rates for similar professional jobs. And they left the profession at a much lower rate than teachers across the country.

Maryland already spends a whopping 93 cents of every public K-12 education dollar on personnel (i.e., teachers and administrators) – not on instructional materials, facilities, or technology. That is the highest share by far in the country and 11% higher than the U.S. average (82%).

Statewide, Maryland’s per pupil spending averages about $16,000 per student, but the state’s economic and geographic diversity means district-level figures vary widely. Rural Talbot County spends very little compared to even the stingiest of states while Baltimore City spends the third most ($17,500) of the largest 100 districts nationwide, while ranking as the third worst in outcomes for all districts. Three other counties – Montgomery, Prince George’s and Howard – also rank in the top ten for per pupil spending nationally.

If one adds in the $5.3 billion in unfunded teacher retirement benefits (for generous pensions and healthcare) that Maryland school districts and state legislature fail to fund, the current real cost of a public school student’s instruction increases dramatically.

Those figures are no matter to the teachers’ unions and the education bureaucracy who want $4 billion dollars a year more by 2030 – without meaningful governance or instructional reforms.

To fund the new expenditures, Baltimore City would be required to double its district’s spending share. That would require hiking Baltimore’s already burdensome property taxes on homeowners and businesses, driving them out of the city and further shrinking the tax base.

Meanwhile, two recent polls by University of Maryland-Washington Post and Goucher College suggest – erroneously – that Kirwan is a hit with the public. They claim to find that taxpayers are willing to pay higher taxes to improve public education – as if educational excellence can only be achieved through more spending.

But both polls find that over three-quarters of state residents know “nothing” about Kirwan. Seventy-four percent of Goucher’s respondents say they support “personally paying more in state taxes to improve [public education].” But Goucher never asks how much.

The Post poll introduces Kirwan’s recommendations as “major new programs aimed at improving Maryland’s public school system.” Even after such a leading prompt, only a small majority of Marylanders favor raising income taxes by even a quarter percent – which would fund only a tiny fraction of Kirwan’s cost – while a majority opposes a half-percent hike. By 2030, income taxes would have to rise by 40% — four times the half-percent increase offered in the Post poll.

A 2018 poll conducted by the Maryland Public Policy Institute found that, when given a choice, voters overwhelmingly oppose more spending as the primary means of improving education: 72% agreed that “to improve learning opportunities in public schools, policymakers should refocus on reallocating resources more efficiently and effectively, instead of continuously increasing the education budget.”

Marylanders – unsurprisingly – want better, high-quality schools on the cheap. The tough choices are simply being avoided by Kirwan’s backers; the result would be cuts in other discretionary state and local spending or dramatic increases in income, property, and sales taxes.

Since Kirwan’s training, certification, and professional development programming have no consequences for poor-performing teachers or those who fail to improve, nothing will change in schools.

With union protections and a seniority-based pay scale, the rotten apples get the pay bump just the same and the beleaguered students can expect no real benefit.

But the teachers’ windfall – higher salaries and plumped up pensions – will carry a dramatic cost.

The Kirwan proposals will put the Old Line State into the red to the tune of $19 billion and increase the unfunded pension and healthcare liabilities owed by the state by billions more.

Maryland taxpayers will continue to feel the burn for decades to come as these new pay and pension entitlements cannot be easily clawed back unlike the necessary instructional or governance reforms – if those are ever enacted.

Sean Kennedy is a visiting fellow at the Maryland Public Policy Institute, a non-partisan public policy organization based in Rockville, Md.

An Analysis Of The Kirwan Commission Recommendations

No, Kirwan Spending Is Not “Popular”